The call to unfollow Buhari and Vice President Yemi Osibanjo on Twitter is to intensify the Protests against police brutality in the country.

Before the protest, President Buhari had 3.5million followers on Twitter but as at the time of filling this report, the number has dropped to 3.4million. 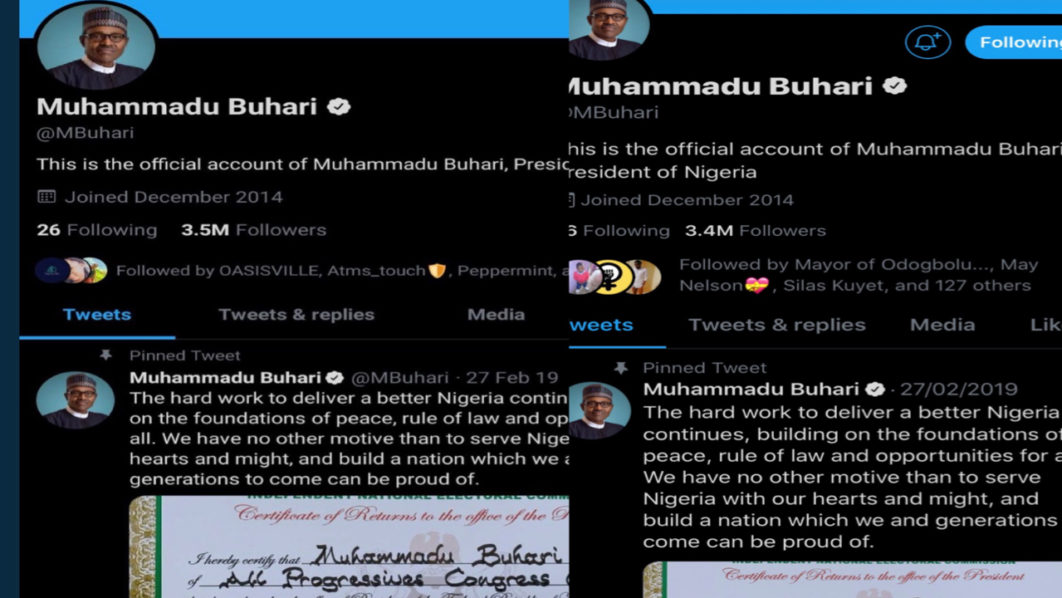 Nigerians are asking the President to take firm action against this controversial police unit.

Nigerians in Abuja, Oyo, Lagos, Edo, and some other states across the country have taken to the streets to demand the total disbandment of the SARS police unit.

There were more than 2.4 million tweets with #EndSARS on Friday. Several celebrities also expressed support for the movement.

The #EndSARS hashtag was trending not only in Nigeria, but in the UK, Canada, and the United States. The hashtag has remained on Twitter’s Nigeria top 10 trend table since the weekend.
[
The squad has been accused of been notorious and their notoriety has been described as one that defies human comprehension and reeks of outright incompetence, deliberate violations of human rights, extra-judicial killings, and unbridled extortion.

Why we named a University after Dennis Osadebe – Delta Govt