Prince harry and meghan markel goes on a double date with close friends David Foster and Katharine McPhee, as they expect new baby.

Prince Harry and Meghan enjoyed a double date to celebrate the pregnancy of  of close friends David Foster, 70, and Katharine McPhee, 36

The Duke and Duchess of Sussex were seen chatting with their celebrity guests on Tuesday evening, October 6, at dinner in Montecito, California, during a rare outing after it was announced the pair are expecting their first child together.

It's the first time the couple have been seen out in Montecito since they had moved into a sprawling $14 million mansion in the Californian town near Santa Barbara.

Photos obtained show the foursome dining at Lucky's Steakhouse. McPhee and Foster arrived first at Lucky's at 7:20pm, while Harry and Meghan pulled up 10 minutes later in a chauffeured SUV with security. 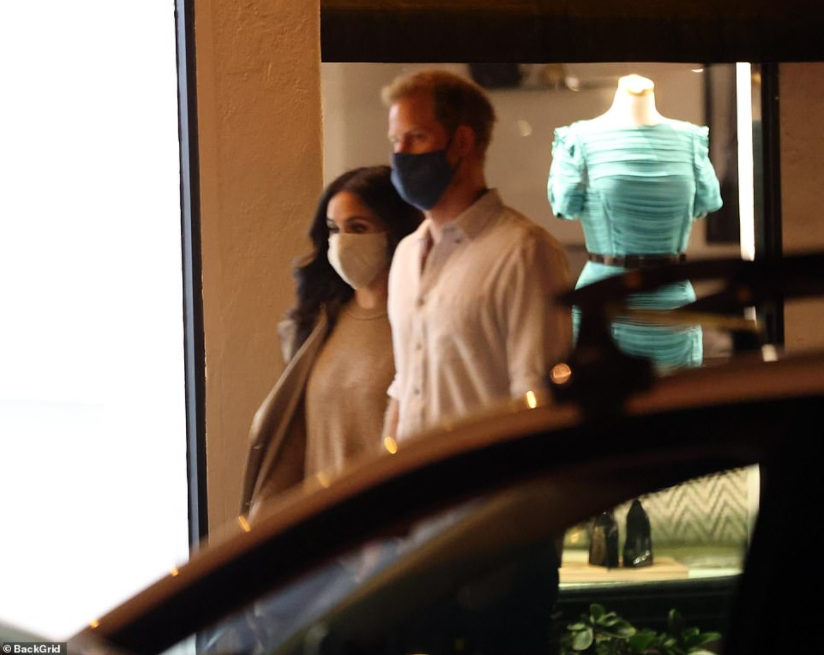 News that the 36-year-old actress is pregnant with the 70-year-old record producer's child was confirmed by People Thursday. It will be Katharine's first child and David's sixth. 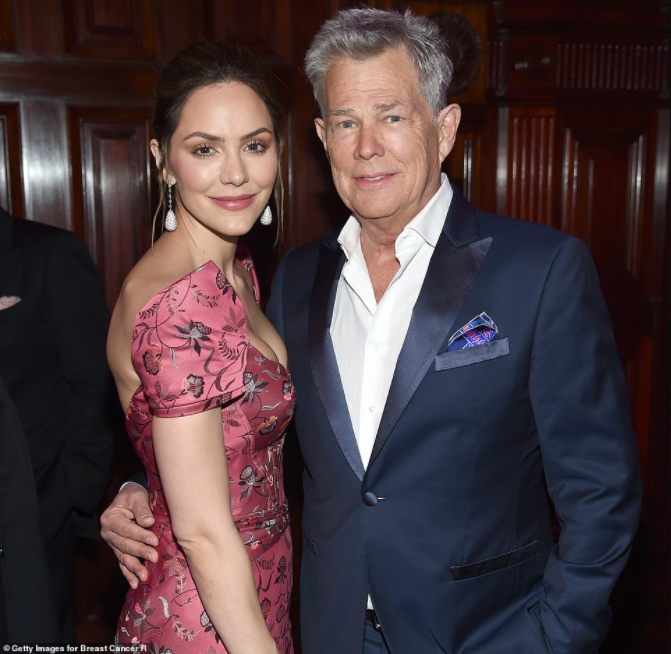 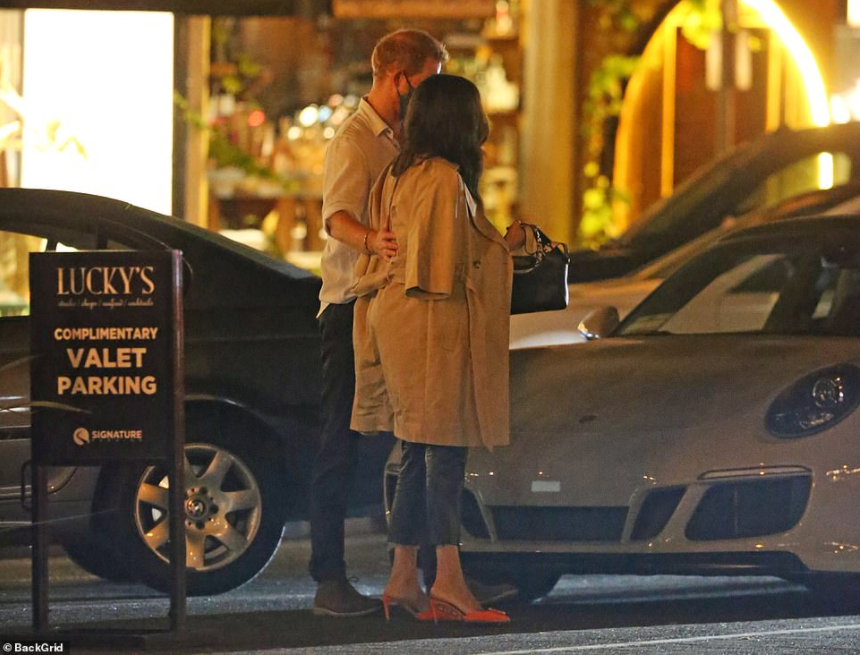 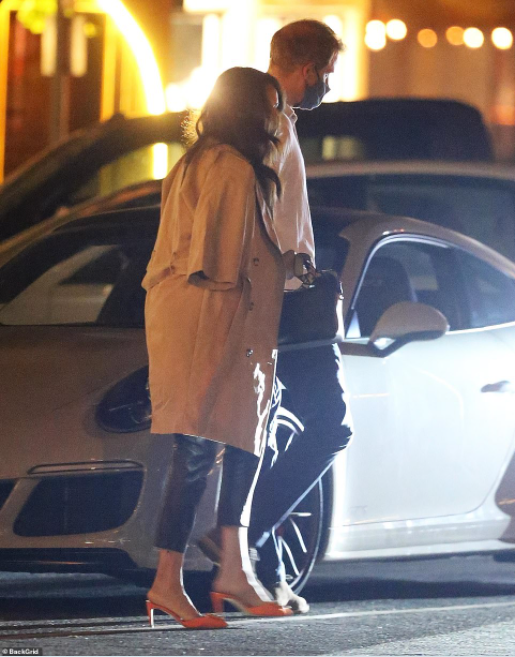 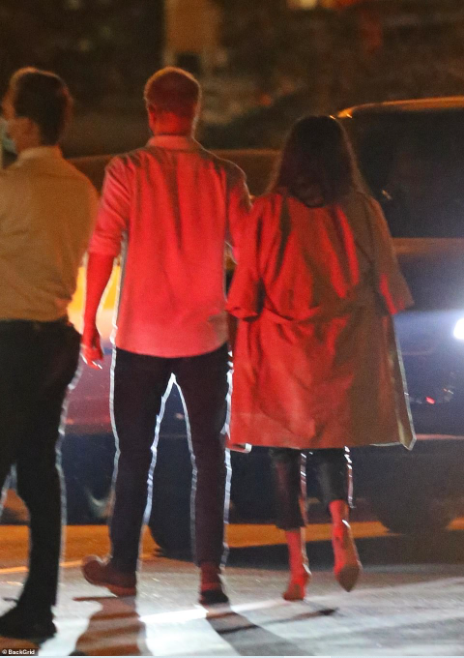 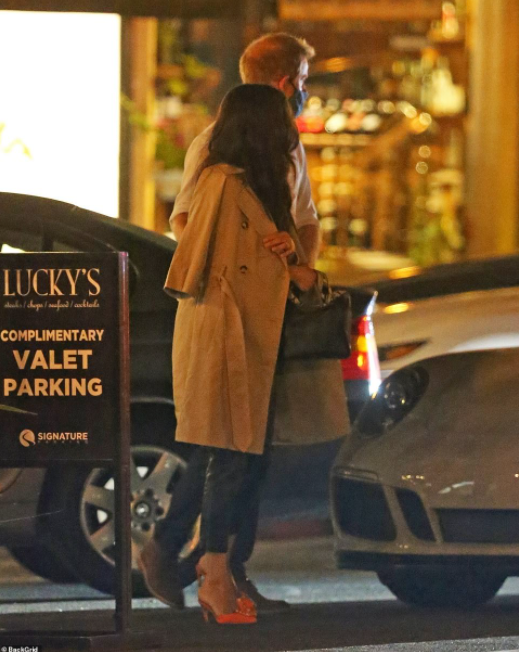