Wizkid lambasted PMB on twitter over SARS Harassment in the country.

He said this on Twitter while reacting to the president’s get-well-soon message to his American counterpart, Donald Trump, who announced he had tested positive for COVID-19 on Friday.

Wizkid said it was not Buhari’s business to be sending such messages while youths in his come were being harassed, maimed and killed by the tactical unit of the police force.

Originally created to combat violence crimes such as armed robbery and kidnapping, SARS has become notorious for abducting youths, tagging them internet fraudsters and extorting them.

There have also been many reports of extrajuficial killings by the unit.

In his message, Wizkid said bringing an end to the SARS menace should take precedence.

Donald trump is not your business! Old man! Police/Sarz still killing Nigerian youth on a daily! Do something! Nothing concern u for America! Face your country!!” the award-winning musician wrote. 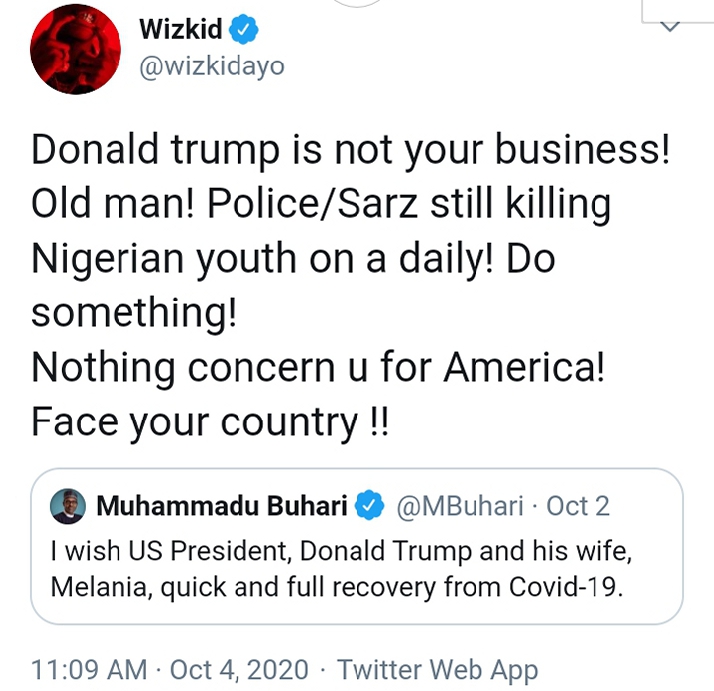 Anambra governorship primary elections to be in June 26

Justin bieber opens up about his past addiction