Lady dies after getting choked on a hotdog eating contest.

A University lacrosse star died over  the weekend  after choking during a hot dog eating contest.

Madelyn “Madie” Nicpon, 20, was participating in an off-campus fundraiser last Saturday when she reportedly choked and fell unconscious. The Tufts University student was then rushed to Boston hospital where she tragically died the following day.

Thousands of her classmates gathered on Sunday night to remember the lacrosse player, the university said in a statement.

Students placed candles around her No.2 jerseys at the vigil at the Gantcher Center. 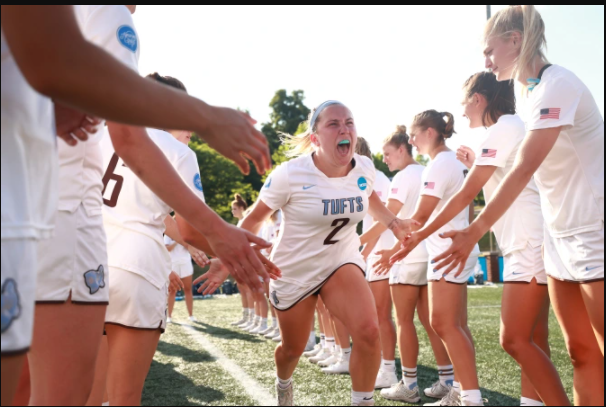 “A native of Suffern, New York, Madie was a biopsychology major, a member of the women’s lacrosse team, and an active member of our community," the statement read.

“In the face of this painful loss, our hearts go out to Madie’s family and friends.”

"We are beyond heartbroken to share the news of the passing of junior Madie Nicpon -- 'Scooter,'" the Tufts lax team wrote on Instagram. "Scooter was a true friend and teammate. She truly valued her relationships with her teammates and coaches."

"Her reach was far beyond our team -- she was a true connector on campus and touched every single person she met."

They added, "We love you, Scooter. Keep dancing from above."

Nicpon had played in several games in her first two years for the Jumbos, and was expected to be a key contributor this season.

Services for New York native will be held in Upper Saddle River, New Jersey on Friday and Saturday.