Public Relations Officer of the command, Jerry Victor, made the disclosure in a statement on Wednesday, October 20, titled "NSCDC IN CUSTODY OF TWO FEMALE VICTIMS OF CHILD TRAFFICKING AND CHILD LABOUR"

"The duo are seen wondering in Lafia metropolis, when approached by a good Samaritan, Fatima Habibu, 22, a resident of Agyaragun Tofa, Angwan Tambari in Lafia local government area of the state, and brought them to the headquarters of the Nigeria Security and Civil Defence Corps Nasarawa State Command

"They were received by the Head of Anti-Human trafficking Unit of the Command, DCC Esther Jeremiah, who after interviewing the victims it was made known that their parents are aware of the situations." he added.

In her statement, 12-year-old Maryam Hussaini said she and other children were taken from their village to Akwa Ibom State where they sell Kunu for a woman identified simply as Jummai.

"There is one woman name Titi who use to bring children like us to Lafia, where another woman in Lafia will put us in a long lorry to Akwa-Ibom where we meet other children like us. We will meet one woman in Akwa-Ibom by name Jummai. We use to sell kunu for them and the money will be paid to someone in Lafia."

They sent us back home from Akwa Ibom to Lafia but instead of the lorry to stop at Mararaba Akunza the driver took us to Lafia, there we met Fatima Habibu who took us here. Our parents are aware of all this." she added. 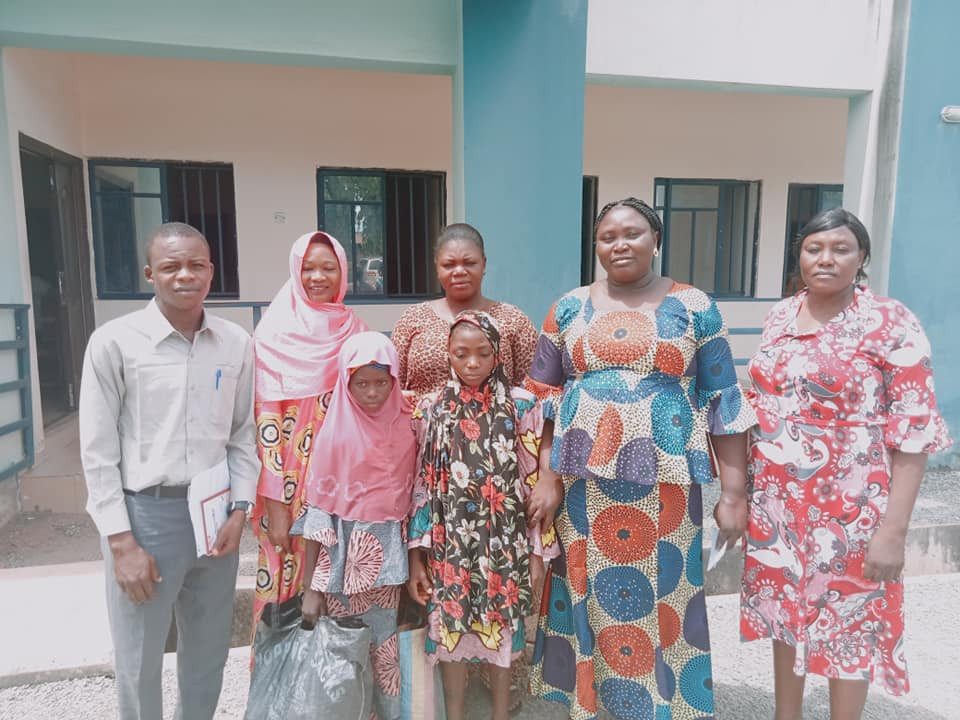 The PPRO said that the victims have been handed over to the NAPTIP Nasarawa state for safe keeping pending the outcome of the Investigation.

The State Commandant of the corps, Abbas Bappa Muhammed has frowned at the irresponsibility on the side of the parents and ordered a full Investigation into the matter.

Whoever is involved in the act, no matter how highly placed they are, will be met with the full wrath of the law by taking them to a court of competend jurisdiction for prosecution," he said.

The commandant warned parents and guardians to desist from this act and be watchful of the movement of their children and wards.

"Please report any unsuspected movement of persons in and around you to the nearest NSCDC office." he concluded.