The famous Banksy painting ''Love is in the Bin" which got shredded after someone bought it for $1.4 million, has been sold at a record price at an auction.

Originally titled “Girl with a Balloon” (2006), Banksy rechristened the work after the 2018 Sotheby’s sale, when a remote-operated shredder inside the frame began slicing the painting as soon as the hammer came down. The motor malfunctioned halfway through, leaving strips of limp canvas hanging out like a print job gone horribly wrong.

The anonymous British street artist, known for his disdain of the art market, claimed he had played a prank on the auction house, though some speculated Sotheby’s was in on the joke all along. 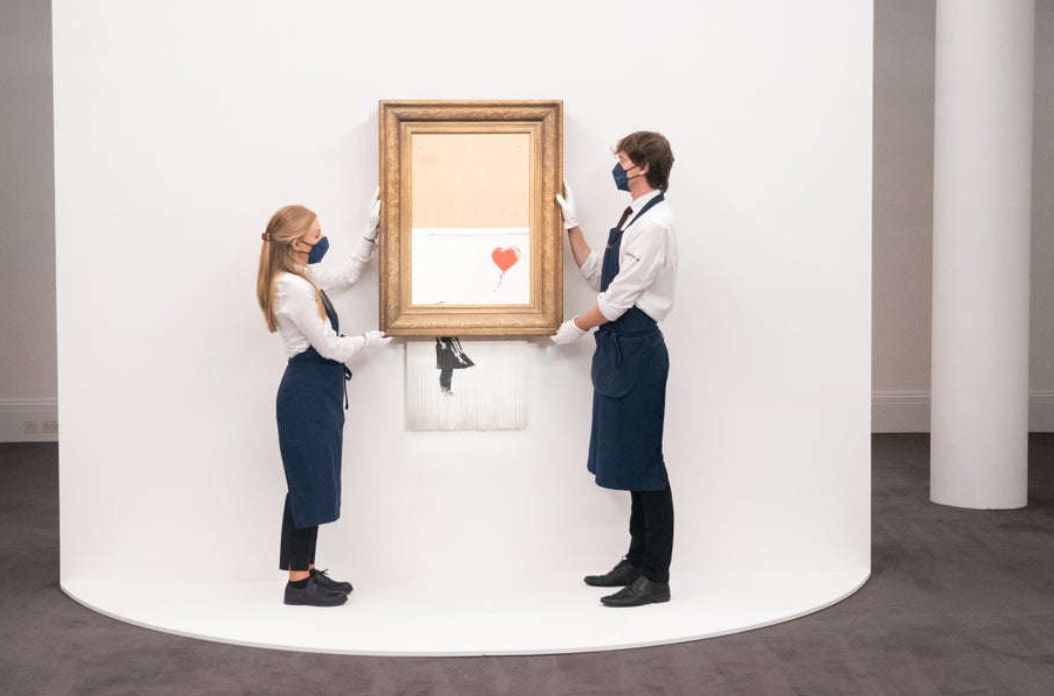 The canvas painting depicts a small child reaching up towards a heart-shaped red balloon, an image that was originally stencilled on a wall in east London in 2002. It has become one of Banksy’s best-known images and has been reproduced millions of times. 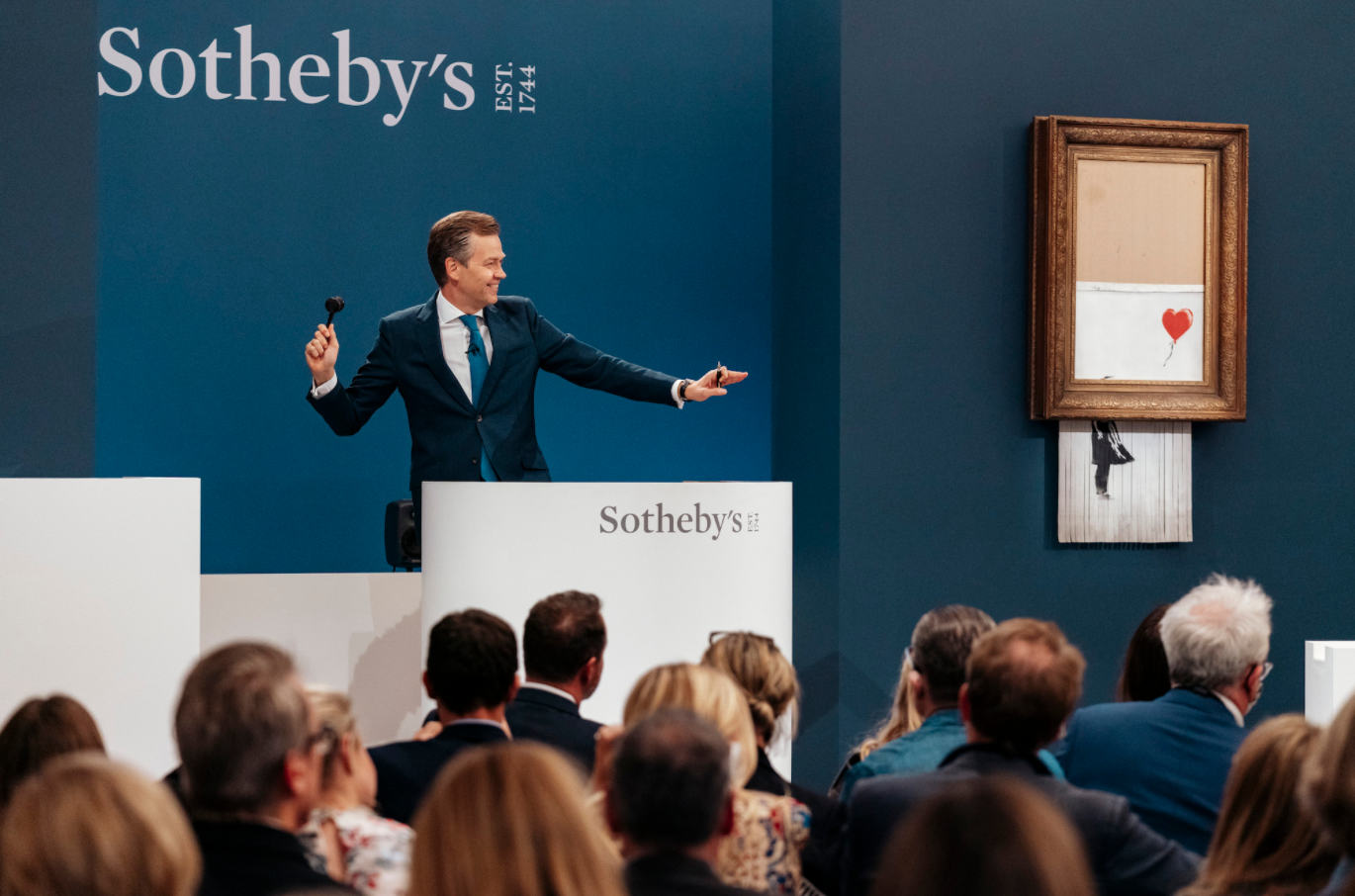 Auto-destructive art is an art form that originated in England in the late 1950s, and was used by its pioneer artist and Jewish refugee Gustav Metzger, to express the horror of the events preceding and of the Second World War.