A 13-year-old boy shot at another young boy his age over a Snapchat fight.

The two boys had been fighting by sending messages to each other on SnapChat. Then, on Oct. 6 the suspect sent a message threatening to shoot the victim, police said.

The next day, the argument moved from online messages to the street, with the teen allegedly shooting the victim in the left knee inside Hunts Point Playground about 5:35 p.m., police said.

The boy was arrested after his mother saw a wanted poster for her son and dragged him into a Bronx NYPD stationhouse, police said Wednesday, October 13.

EMS took the victim to Harlem Hospital in stable condition. 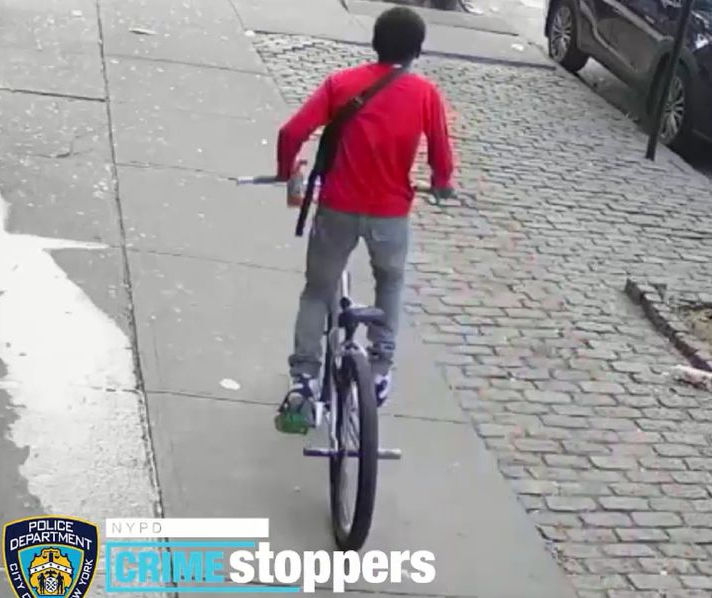 "It went in and it came out, so that’s good," the victim’s mother, Suleykie Rivera, said. "They caught it in time, they called 911 in time. He was really lucky. If the bullet would have went in and stayed that would have been tragic."

The boy was still recovering in Harlem Hospital on Wednesday. He had also tested positive for COVID-19, the mother said.

Rivera, 33, said she didn’t know the shooter or anything about the Snapchat feud.

"Social media is really a bad thing for these kids. They shouldn’t even have social media," she said.

She learned of the shooting from one of her son’s friends. 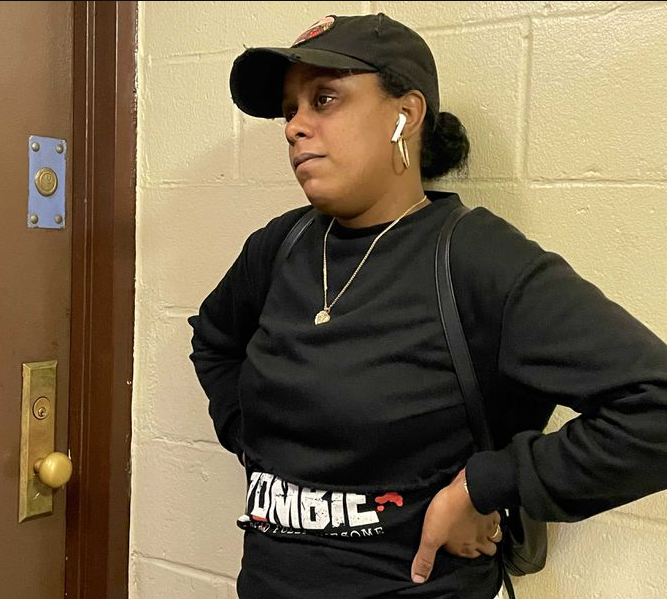 After the shooting, the teen shooter ran off but was captured on surveillance video, gun in hand. A second suspect, still being sought, also appears on the video, clad in a red sweatshirt and riding his bike behind the shooter, police said.

Cops released the video Sunday, October 10, and asked the public’s help tracking down the suspect, known to police by his nickname Chulo.

The suspected shooter’s mother, who declined comment, saw a wanted poster with her son’s image, took him to the 41st Precinct stationhouse Tuesday afternoon and asked for a lawyer, police said.

The teen was charged with attempted murder, assault and harassment. His name was not released because he is a minor.

"You just shake your head," NYPD Commissioner Dermot Shea said on PIX11 Wednesday morning. "It’s terrible all the way around. We have to do better as a society."

Shea said that the NYPD has been trying to get to children "before they get into the violence" but more needs to be done.

"What do you do with a 13-year-old in this circumstance?" Shea asked. "There is no right answer. The courts will figure it out and you hope. You feel for the victim, but you also think about the side of the family of the child that pulled the trigger here. There are no winners."

Local parents said the suspect and his crew have slashed tires of cars, thrown beer bottles at mothers and scared little kids with threatening looks. One of the menacing boys has a black dog that he sets on smaller kids, they said.

"Last year, they stole my son’s bike," a local mother said. "I called the police and they never came."

She said parents have to take more responsibility.

"These boys have been making this a violent area," she said, adding that one of the boys punched her son in the stomach during the robbery.

"These young boys know that the police will never come," she said. "It’s a huge problem. And as an adult, I can’t do anything against minors."