President Moon Jae-in on Monday raised the need for the government to consider imposing a formal ban on dog meat consumption in South Korea.

The president made the remarks while being briefed by the prime minister on the government's plan to improve the system to take care of abandoned pets, she said.

The spokesperson provided no further details on Moon's remarks in a brief press statement.

Dog meat has long been a part of South Korean cuisine, with approximately 780,000 to 1 million dogs being consumed annually in South Korea, according to the nonprofit Korean Animal Rights Advocates (KARA).

Some dog breeds are raised specifically for meat production and used in traditional dishes.

Dogs were earlier legally considered livestock in South Korea. But with the emergence of animal rights movements and new animal protection laws, this status has been disputed, especially as dogs are increasingly being considered as pets. 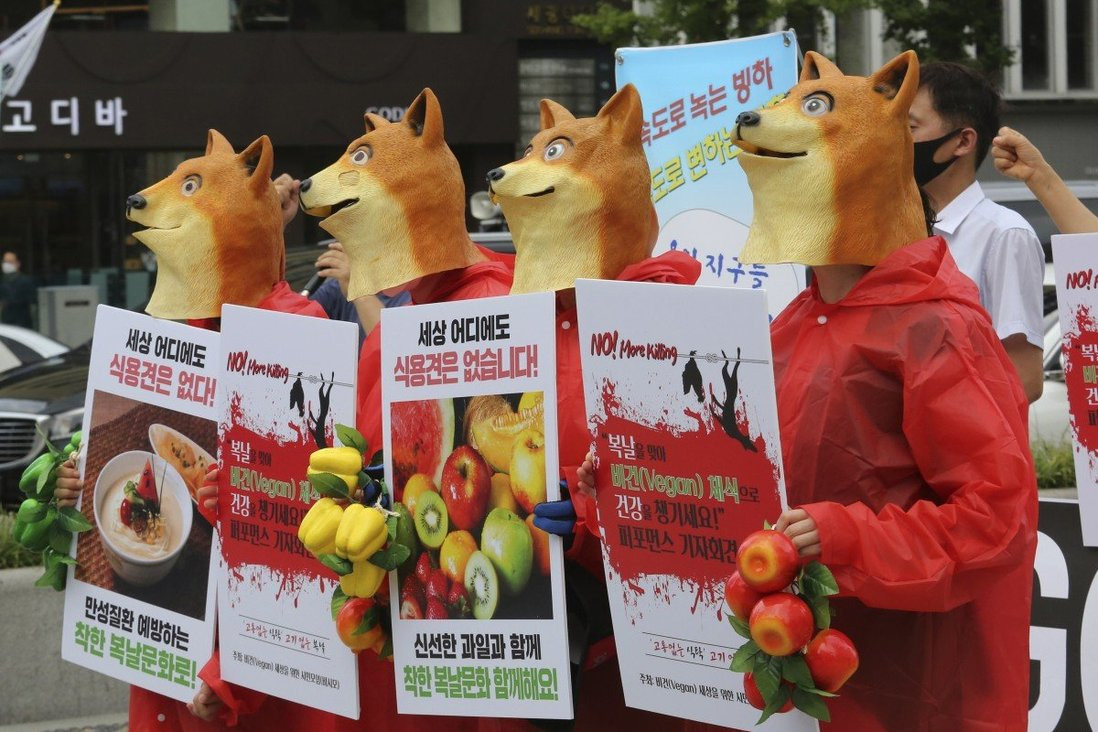 The consumption of dog meat in the younger generation has also been on the decline for the last few years and people have been more vocal in demanding a ban on the practice.

Moon is known as a dog lover, living with several dogs at the presidential compound.