The vehicle was set on fire during the sit-at-home declared by the proscribed Indigenous People of Biafra (IPOB).

The vehicle conveying tomatoes, vegetables and other food items was burnt at Edem junction, Ibeagwa in Enugu East Local Government Area of the state.

It was gathered that the vehicle was returning from the Ugwogo end of the Opi-Enugu by-pass when it was attacked.

Sympathisers were said to have put a call to the State Fire Service, who eventually contained the inferno.

A sympathiser said;  “It’s a fairly huge loss which ought not to have occurred had our people reasoned very well before embarking on retrogressive actions such as this one.”

Meanwhile, Enugu police Command, said nobody had been arrested so far in connection with the incident, adding that investigation had commenced. 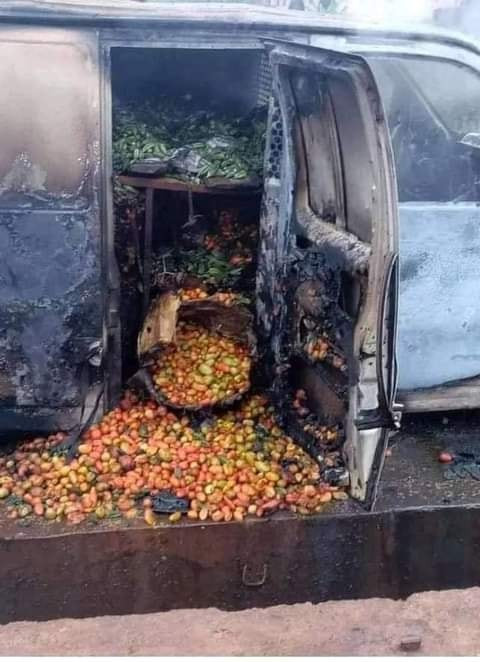 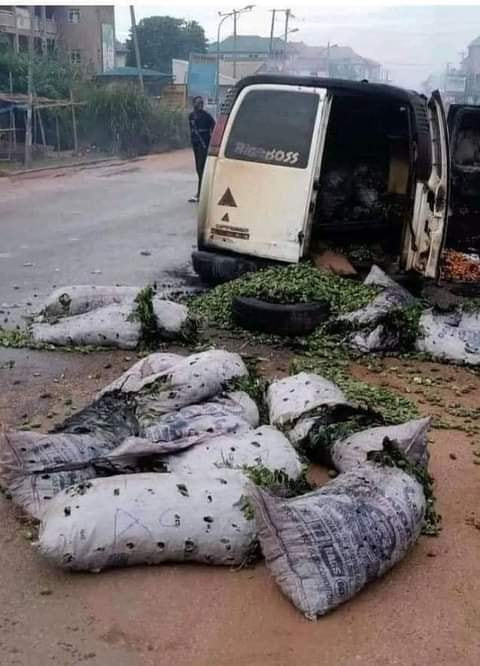