Bob risky reacts as his former P.A drags her online.

Bobrisky has reacted to the furore raised over allegations his former PA, Oye Kyme, made about him.

Oye alleged on his Instagram Stories that Bobrisky gossips a lot about other celebrities, poses for photos with borrowed goods only to later return them to the owners, and he has sex with men.

She also claimed that Bobrisky and Mompha had a sexual relationship.

Oye has continued to insist that her claims about Bobrisky are true, despite Mompha disputing it. 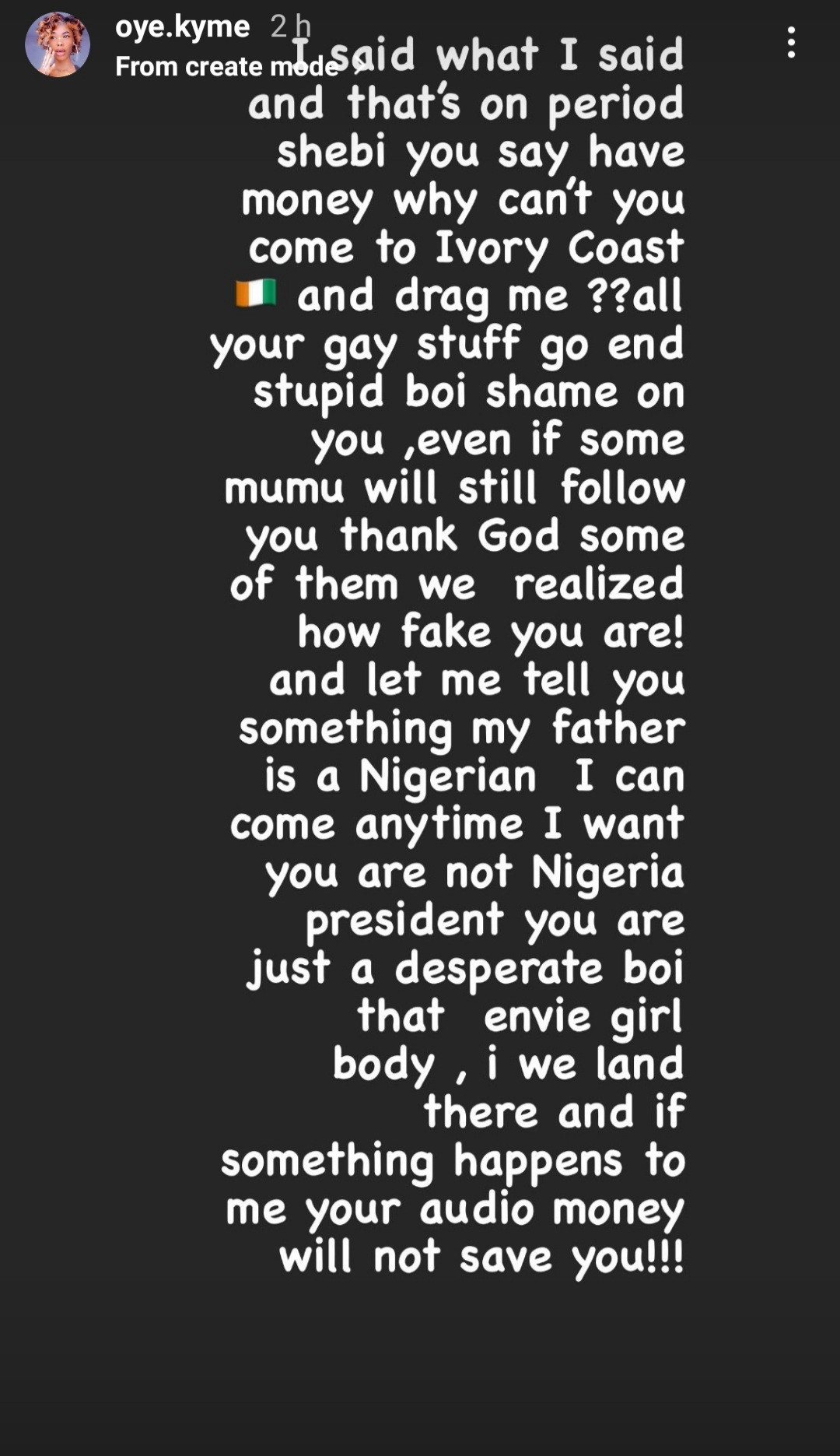 The allegations by Oye led to a war of words between Mompha and Bob after the crossdresser refused to go online to clear Mompha's name (see here).

Now, in a new post, Bobrisky has said that despite the insult he's receiving from Instagram users following Oye's allegations, his critics are all still following him. 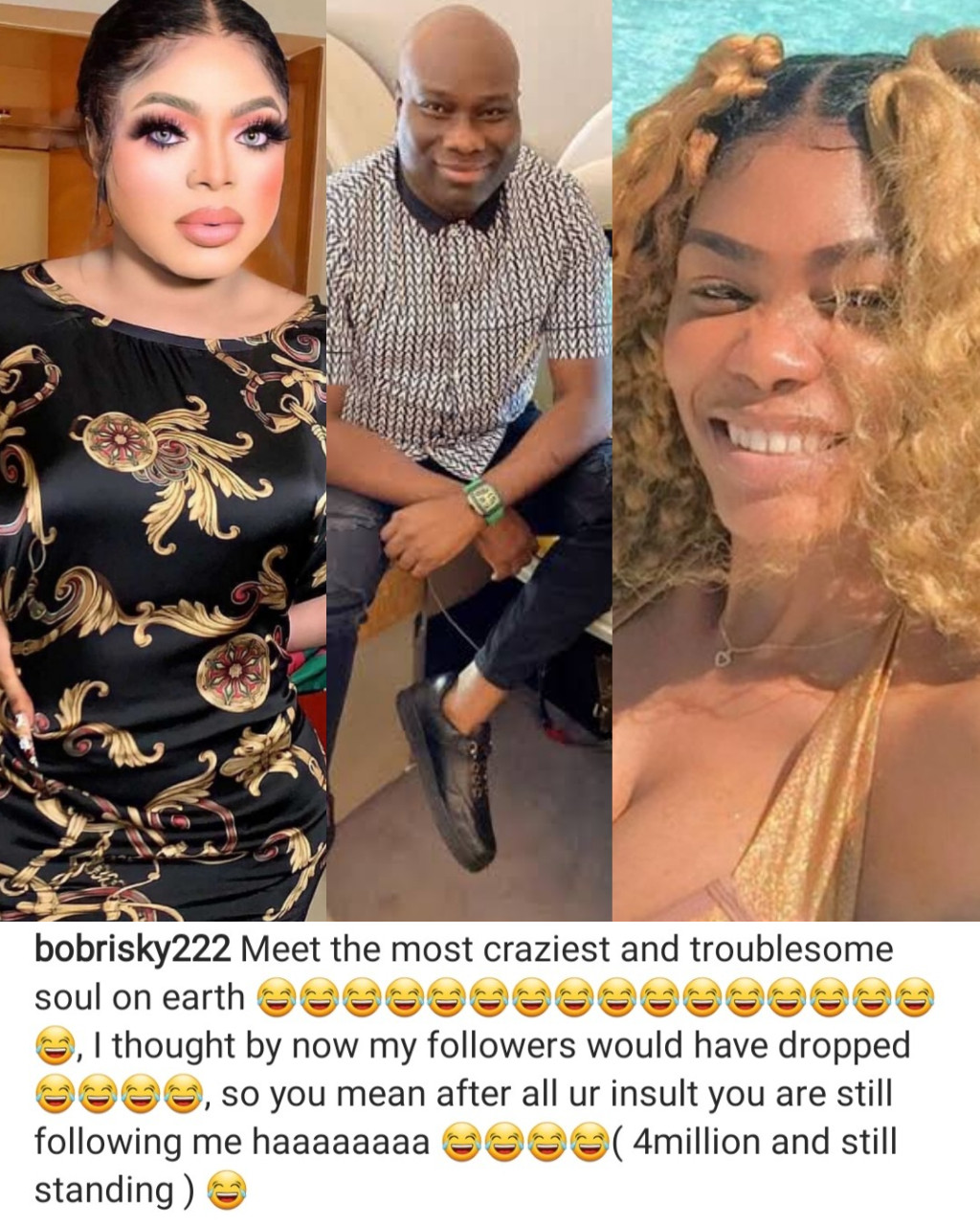