A 52-year-old man, Jimoh Mutaliu was on Tuesday, September 21 arrested by men of Ogun state police command for allegedly impregnating and procuring abortions for his 16 years old niece (namewithheld).

A statement released by DSP Abimbola Oyeyemi, spokesperson of the state police command, states that the suspect was arrested following a report lodged at Adatan divisional headquarters by the victim's father, who reported that he discovered that his 16 years old daughter had been impregnated, and on an enquiry, it was discovered that his own brother who is also an uncle to the girl is responsible for the pregnancy. He reported further that, he also discovered that the man has been having carnal knowledge of the victim for quite some time now and that he has procured abortions for her two times.

Upon the report, the Dpo Adatan division, SP Abiodun Salau detailed his detectives to the scene where the randy uncle was promptly arrested.

On interrogation, the suspect made confessional statement that he actually committed the crime, he also affirmed that he had procured two abortions for her with the help of a nurse.

Oyeyemi added that the state commissioner of police, CP Edward Awolowo Ajogun has ordered the immediate transfer of the suspect to the anti-human trafficking and child labour unit of the state criminal investigation and intelligence department for further investigation and prosecution.

He mentioned that the CP who expressed worry about the rampant cases of incest in the state, advised mothers to be very watchful of their female children, and that they should not allow men to play rough with them no matter their relationship with such men. 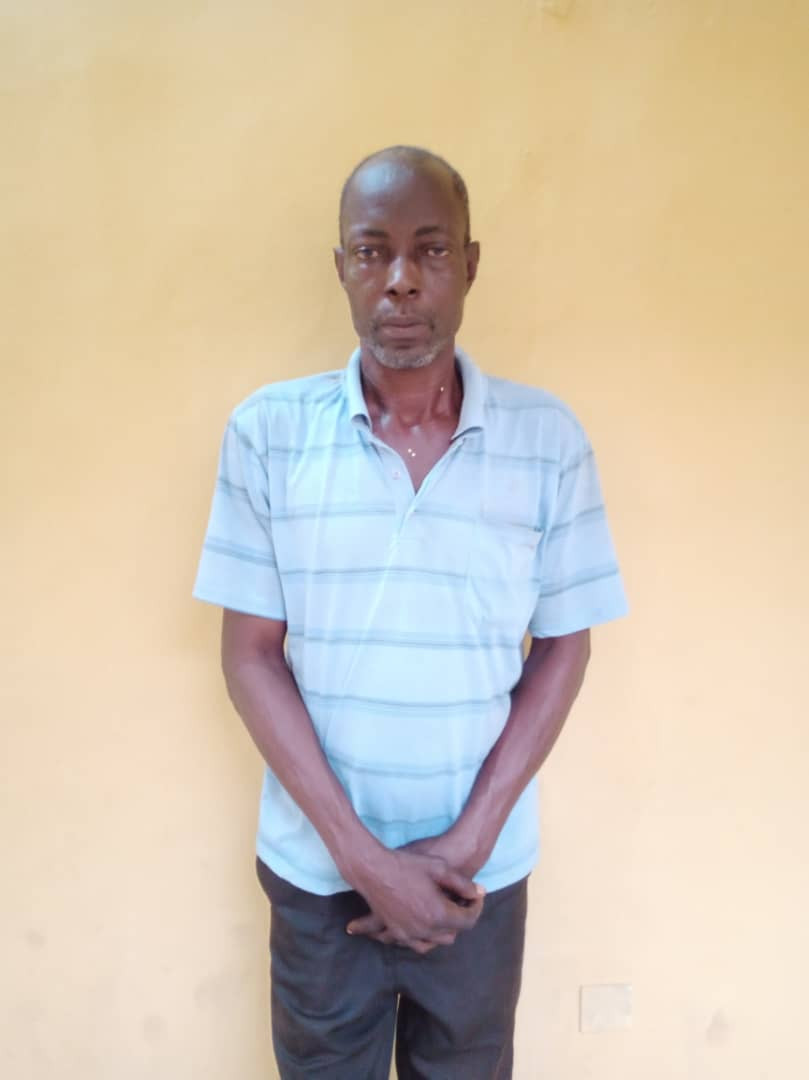