In a statement released to the media on Wednesday, the commission said that its Kaduna Zonal Command made the arrests.

According to the statement, the suspects were arrested on August 5, 2021 in the Sabo area of Kaduna, Kaduna State following intelligence on their alleged involvement in internet-related fraud activities. 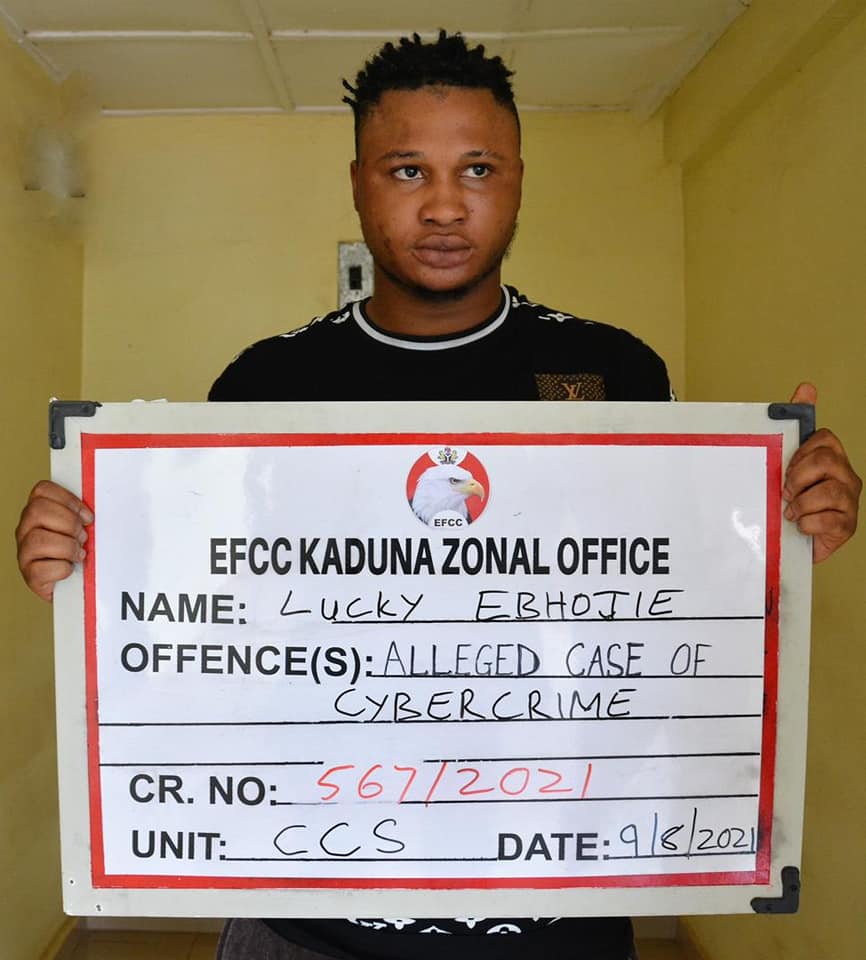 “Preliminary investigation revealed that the suspects are mostly involved in impersonation and romance scam; faking the identities of US military personnel on foreign missions to deceive their victims.

One of the suspects, Lucky Ebhogie allegedly recruited his mother into the scam by using her account to launder suspected proceeds of crime. On July, 30, 2021, he purchased a Mercedes Benz GLK car for N7 million through the mother’s bank account.

“Another suspect, Precious Iwuji was discovered to have sold her photographs and Facebook account to internet fraudsters, which they used to ensnare their victims,” the statement read in part.

The commission said that the suspects would soon be charged to court.