Chance the rapper leads tribute for US artist , Squeak.

Squeak, a US artiste, DJ, and in-house producer for the Saba-led Chicago hip-hop collective Pivot Gang has died with Chance the Rapper leading tributes by calling him a "great man."

A representative for Saba’s Pivot Gang has confirmed the news to Pitchfork, but no official cause of death has been revealed, The Tribe reports that Squeak died in a shooting on Monday evening.

The artist’s most recent release came in the form of a collaborative EP alongside MFnMelo, which was released earlier this year.

In the wake of the news of his death, artistes from Chicago and many others have been paying tribute to Squeak online.

“God bless squeak and every one that loves him,” Chance The Rapper tweeted to lead the tributes, calling Squeak a “great man”. 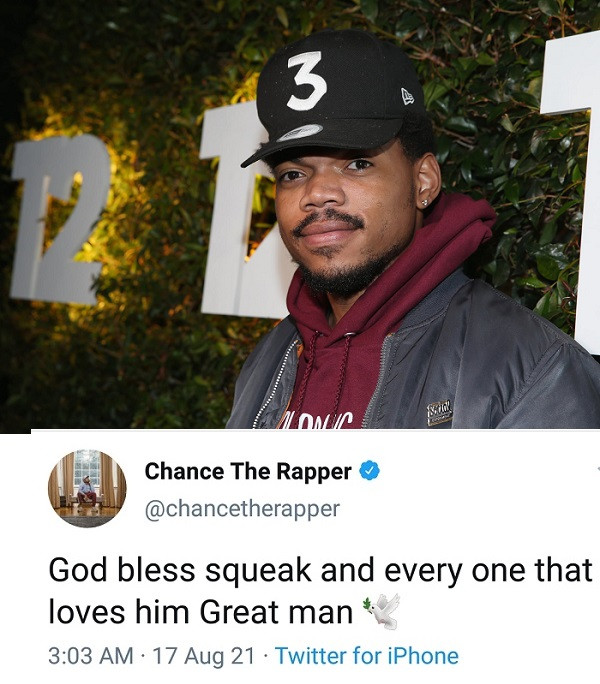 Squeal is survived by his daughter Zhuri and his brother Frsh Waters, who also is a member of Saba’s Pivot Gang.

Speaking in 2017, Squeak previously explained how artists from Chicago’s West Side such as Twista had influenced his sound.

“I low-key realised I had a West Side sound when I was listening to old Twista tapes, I listened to the high-hats in his songs,” he said.

“I started to realize all of his hits had a certain rhythm to them, and it was just like something I studied and once I kind of perfected it, I realized, ‘Ok, this is how people will know I’m from out West.’”

Prince Kpokpogri goes on Instagram live to clear allegations of been arrested by DSS.

Tonto Dike - "I am the most controversial person on earth"