2021-08-09 16:55:22·1 min read
Yerins, Niyi and Beatrice were yesterday evicted from the Big Brother Naija reality show as Biggie introduced another four new housemates to spice things up.
This comes after viewers had complained that the show is boring.
Recall that the first eviction show in the #BBNaija ''Shine Ya Eye' reality TV show held yesterday, August 8.
The first housemate to be evicted was Yerins followed by Niyi and then Beatrice. They all had the lowest number of votes which led to their eviction.
See how viewers voted below... 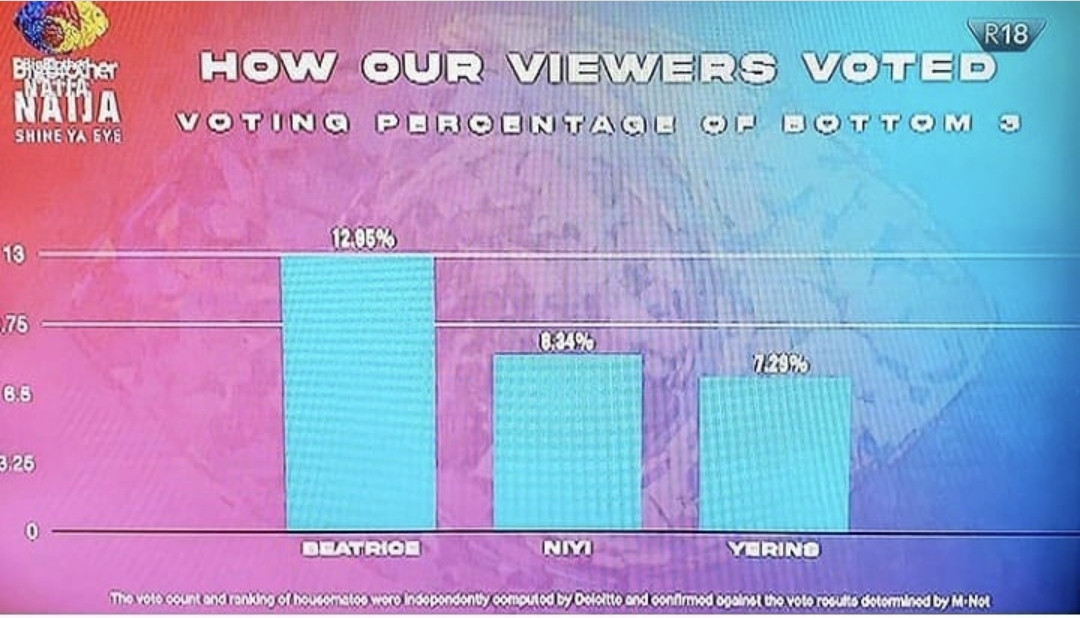 BBN Sammie- " I can no longer repeat clothes"