Simi has responded to those who criticized her for writing that "many of our parents raised their girls and let the boys raise themselves."

The singer had taken to Instagram to point out the difference in how boys and girls are raised, while asking parents to do better in raising their sons. 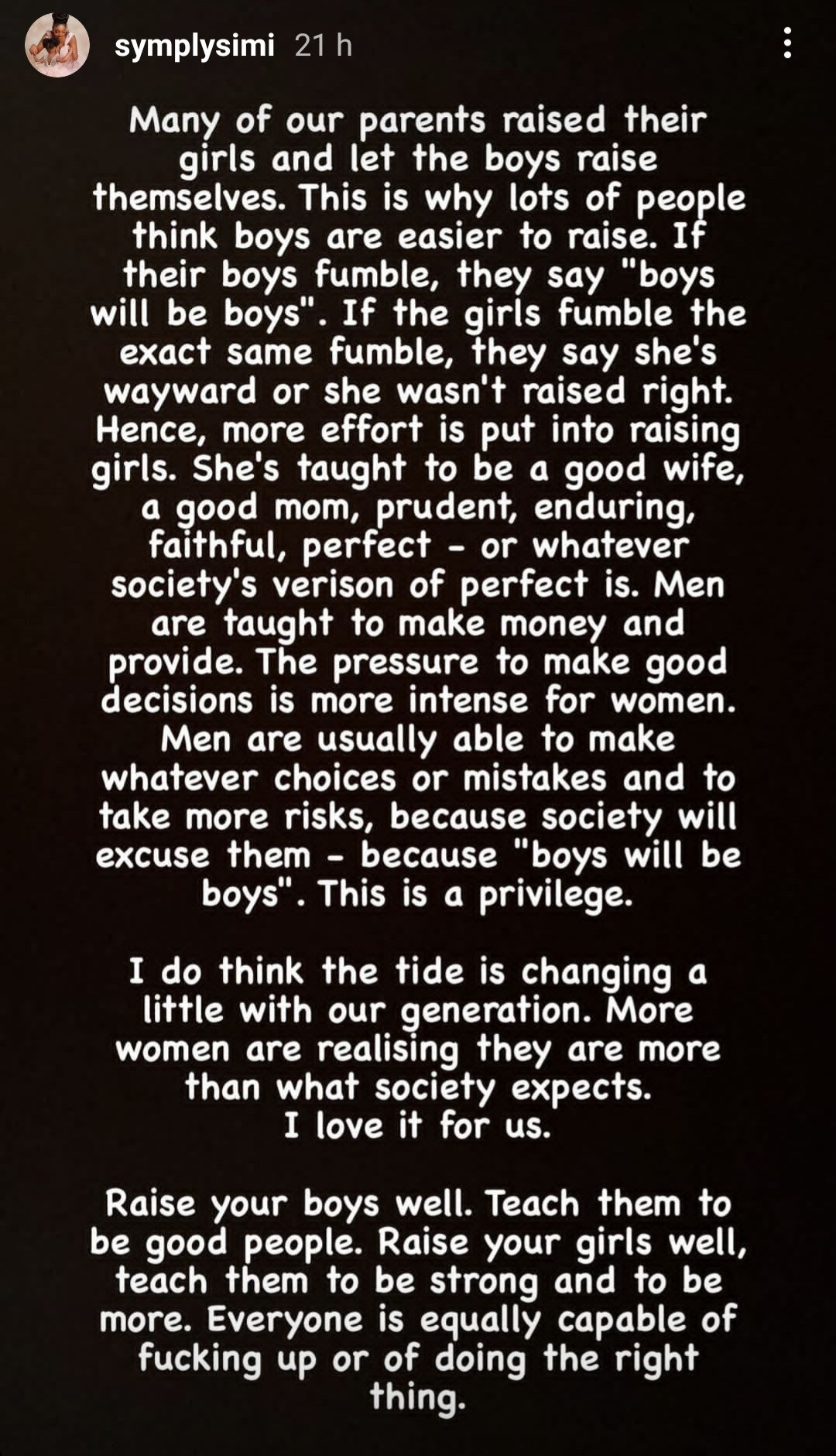 People responded, asking her why there are many wayward women if girls were indeed raised better.

The singer responded, pointing out that the same things women do that earn them the wayward tag, boys do it and they are hailed. 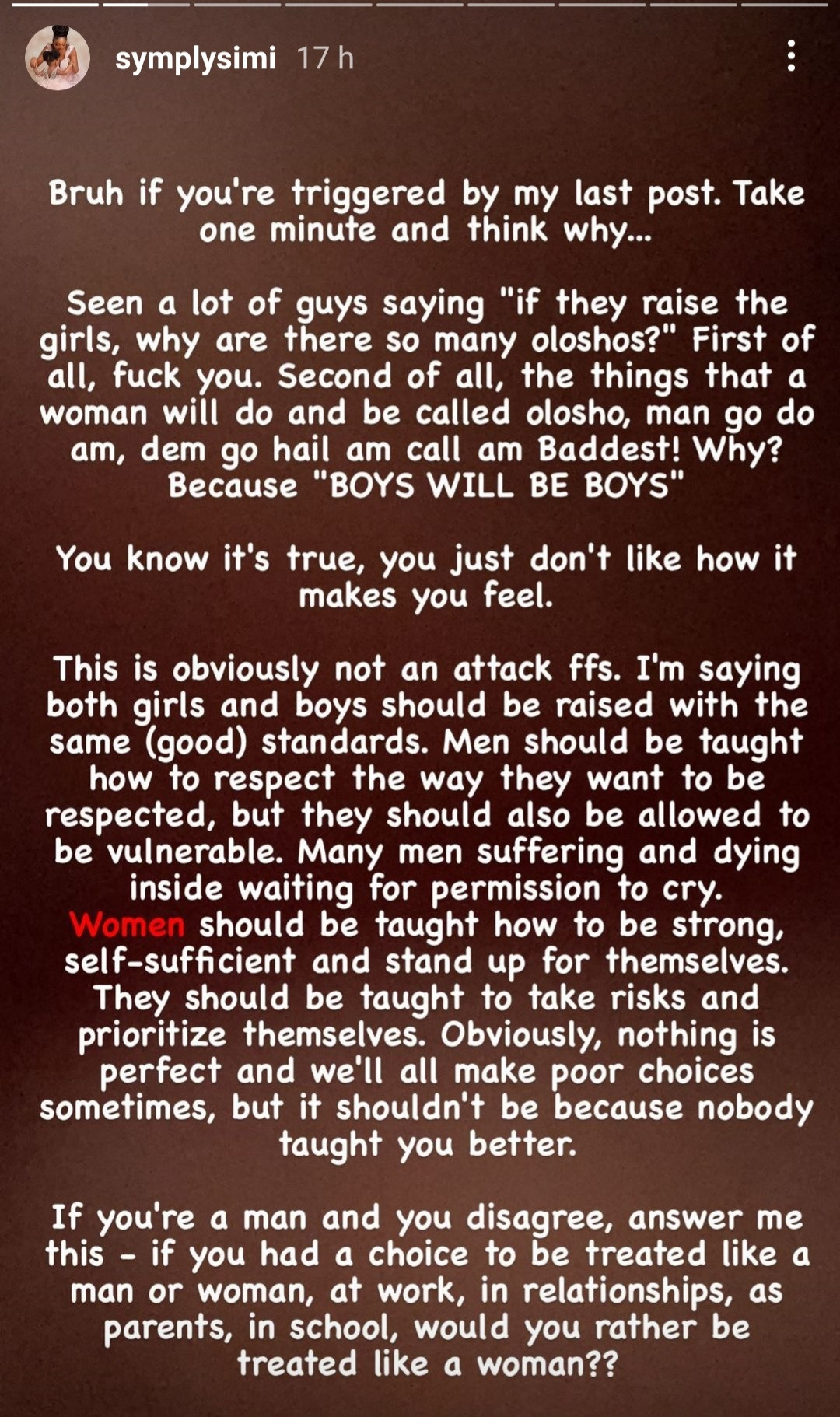 She added that the only time men say women have it easier is when they point out that women get favours for being beautiful.  She then asked if it isn't sad that women aren't rewarded for their brilliance but because of how they look.

She went on to speak about other issues. 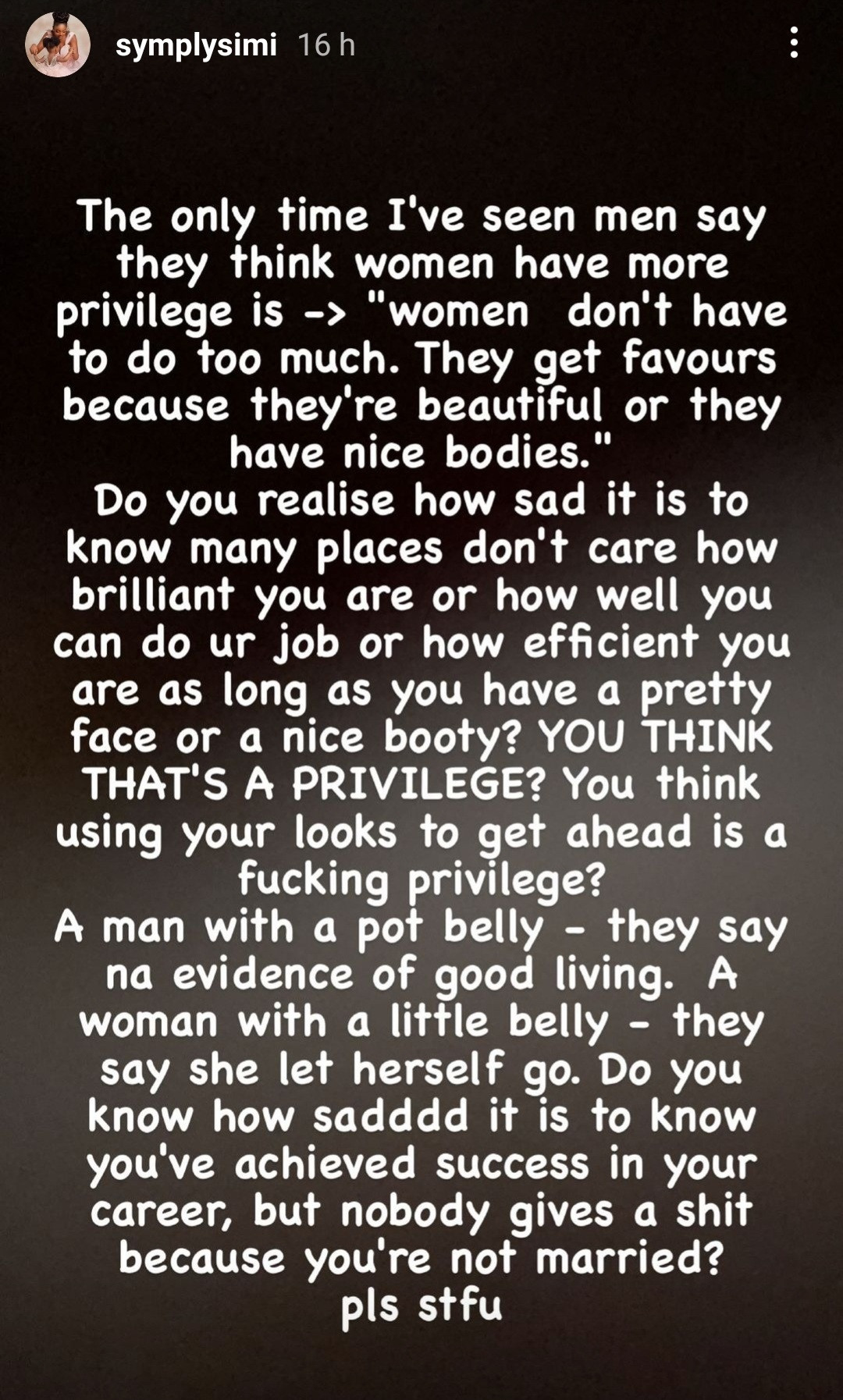