A woman has narrated her horrific ordeal in the hands of kidnappers.

The Twitter user said she was travelling from Enugu to Rivers State, unaware that the bus she boarded was operated by kidnappers.

She said she dozed off in the bus and woke in a location with others, realising she had been kidnapped.

She said their abductors asked for the contact of their family members and called each contact for ransom.

A man and a woman whose families couldn't pay were executed. Those who paid were released.

The victim said her sister took long in raising the money because she had to sell off her properties and needed time.

While they waited for the money, she said she was beaten and raped by two of her abductors.

After the ransom of 2 million Naira was paid, she said that the abductors also took all the money in her account before dropping her off.

She also claimed that while the kidnappers were taking her to drop her off after ransom was paid, they passed police officers who allowed the kidnappers to continue on their journey without looking inside the car.

She shared a photo of her bruised face and revealed she's receiving treatment in the hospital. 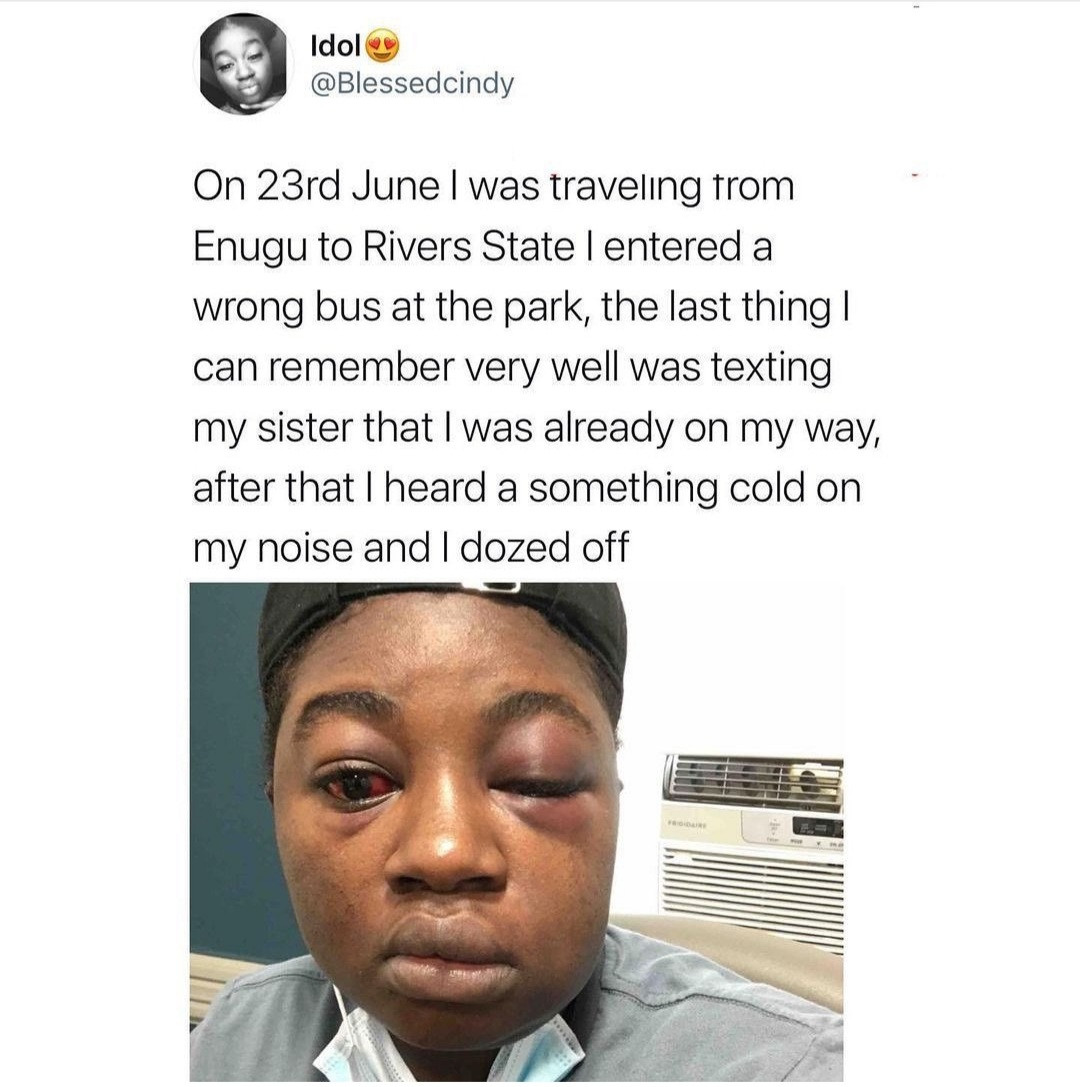 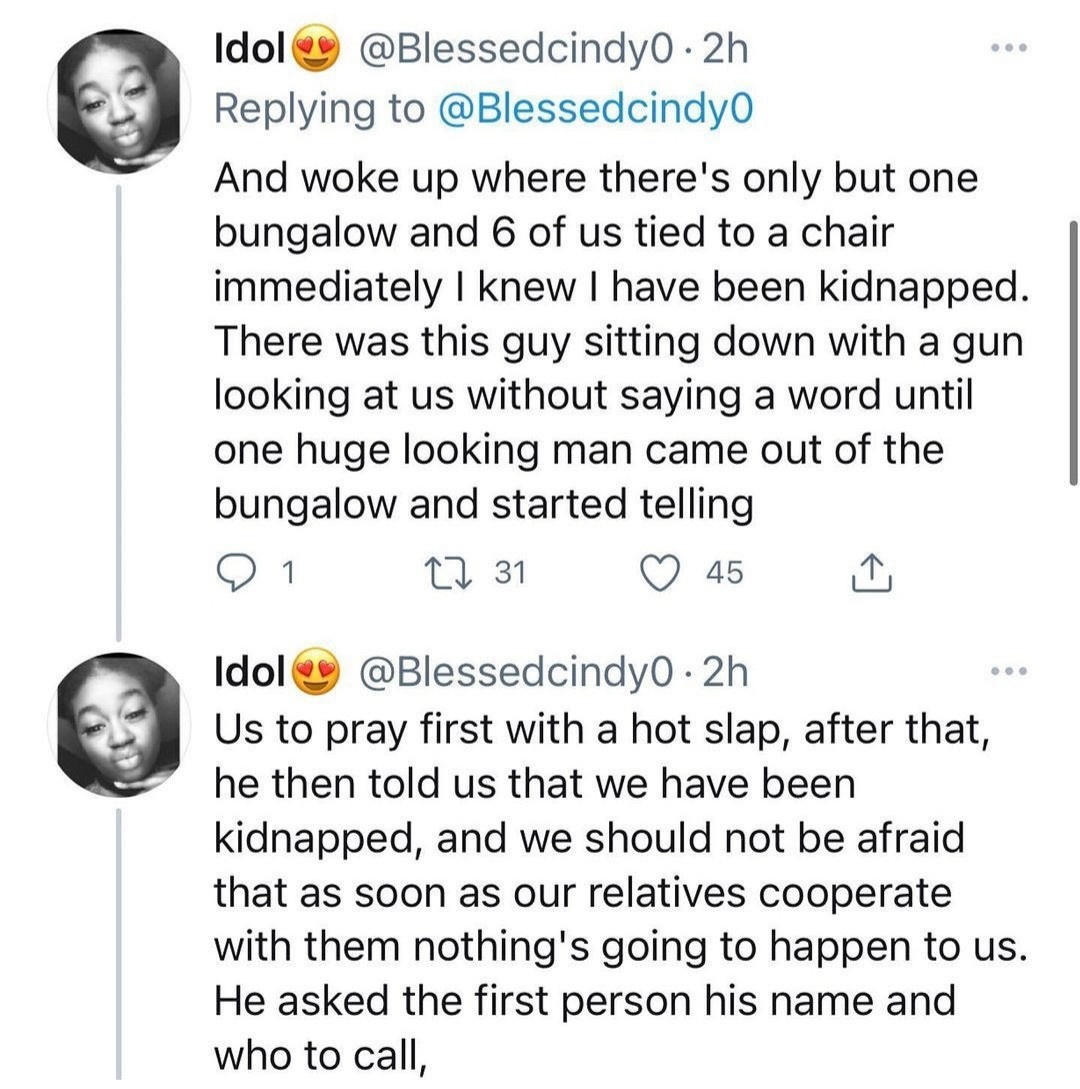 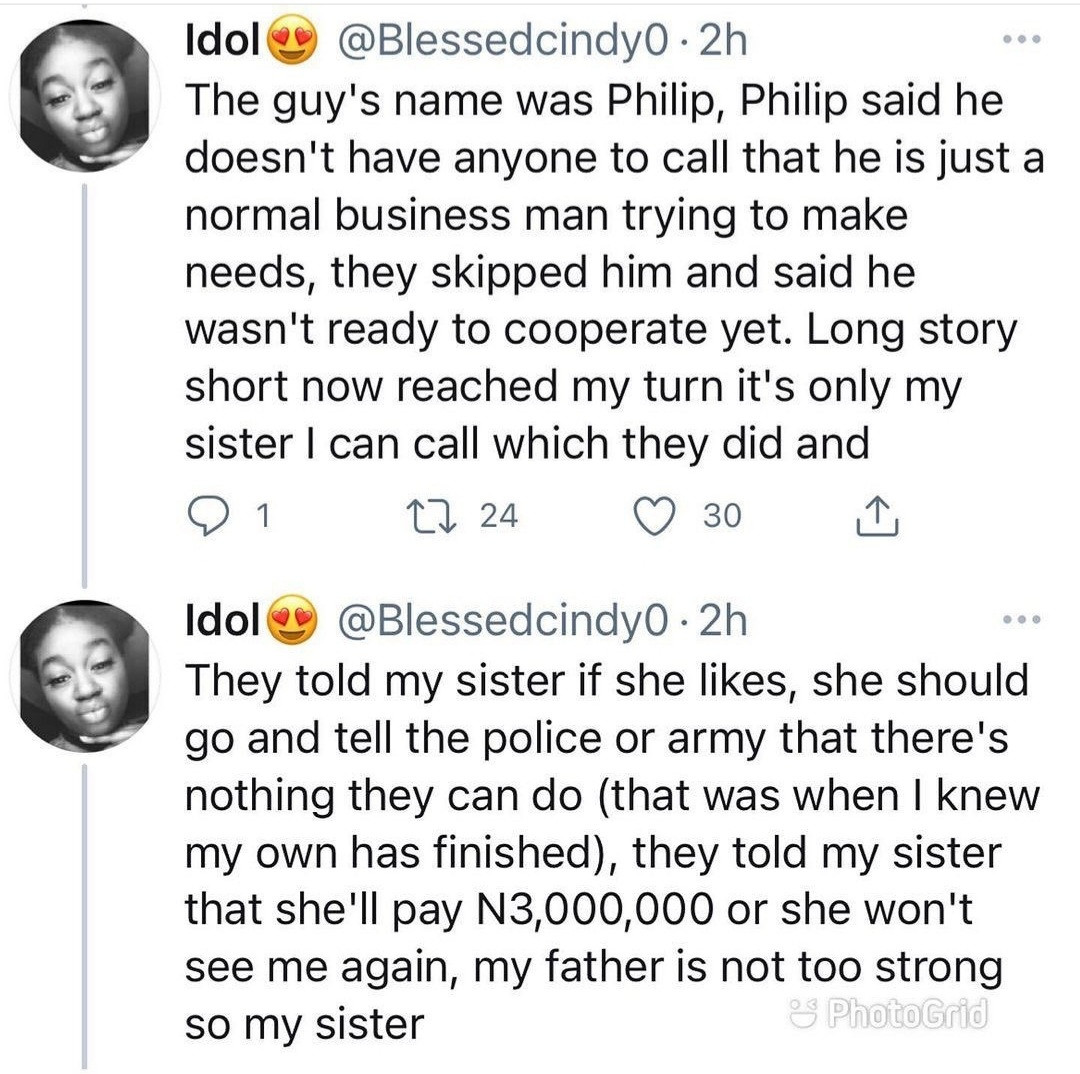 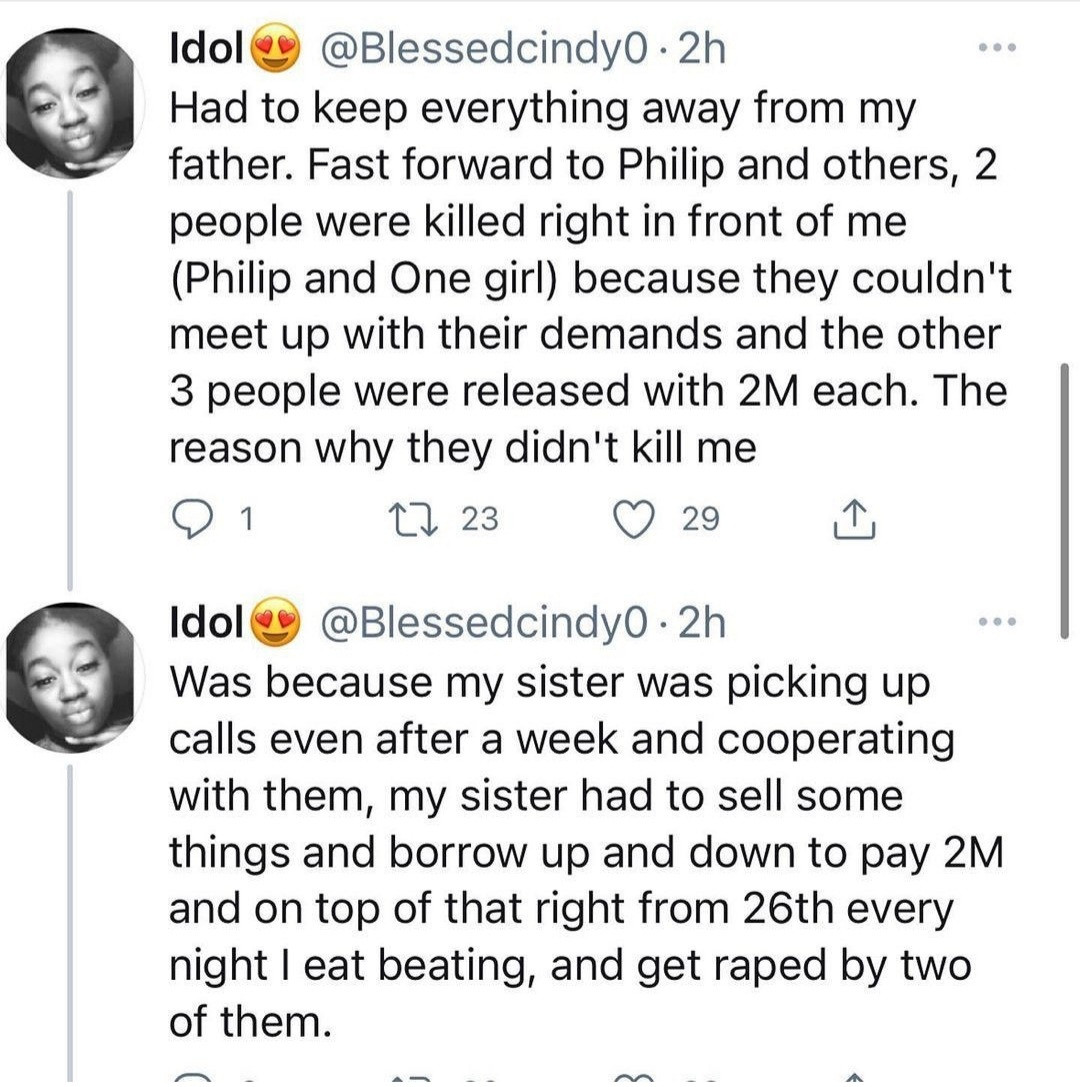 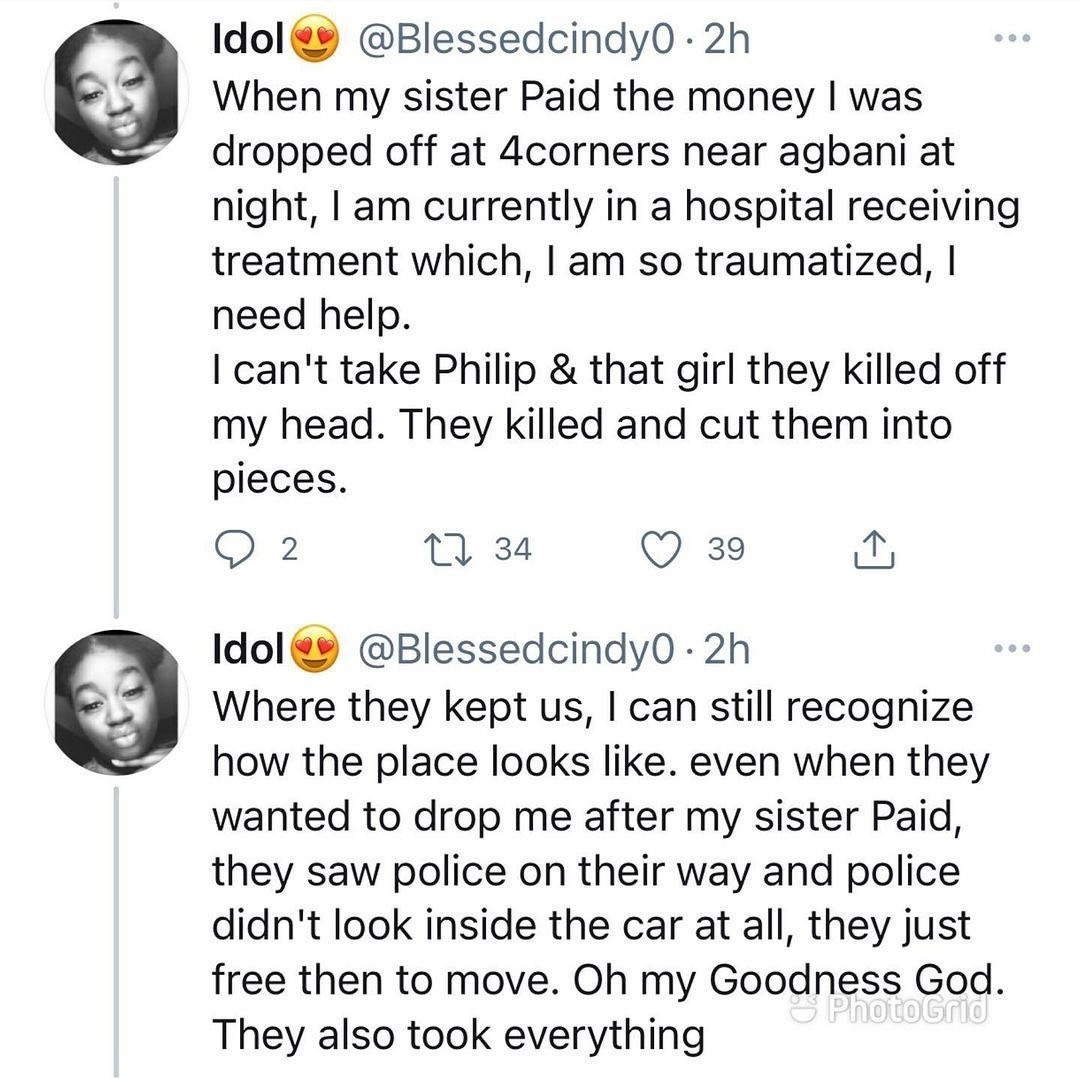 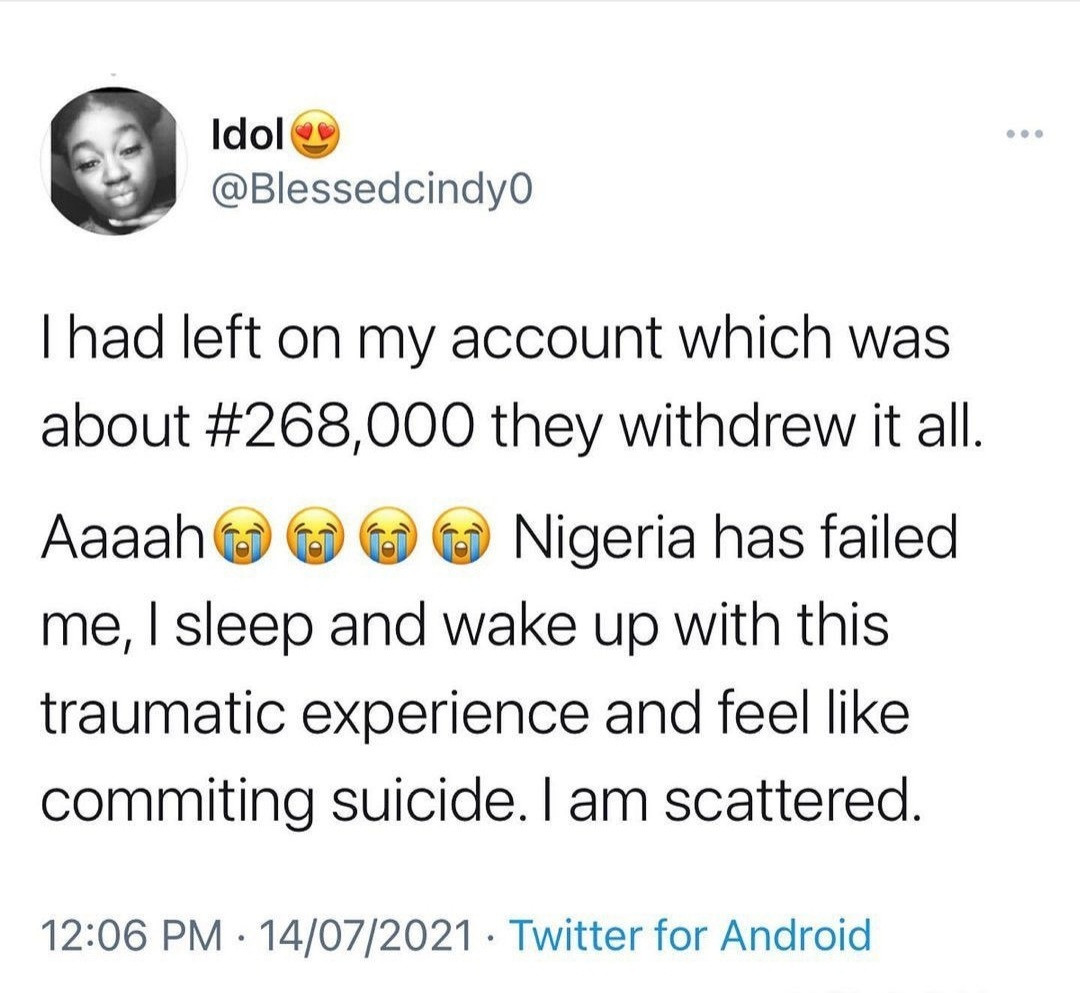