Photos of a man burnt alive by snatching a motorcycle.

A man has been burnt to death by an angry mob after he allegedly attempted to snatch a motorcycle in Makurdi, the Benue State capital.

The incident happened at the popular Wurukum Market along Akpehe road on Tuesday afternoon, June 8.

According to eyewitness report, the man said to be in his early thirties was caught in the act and immediately set ablaze by the mob. 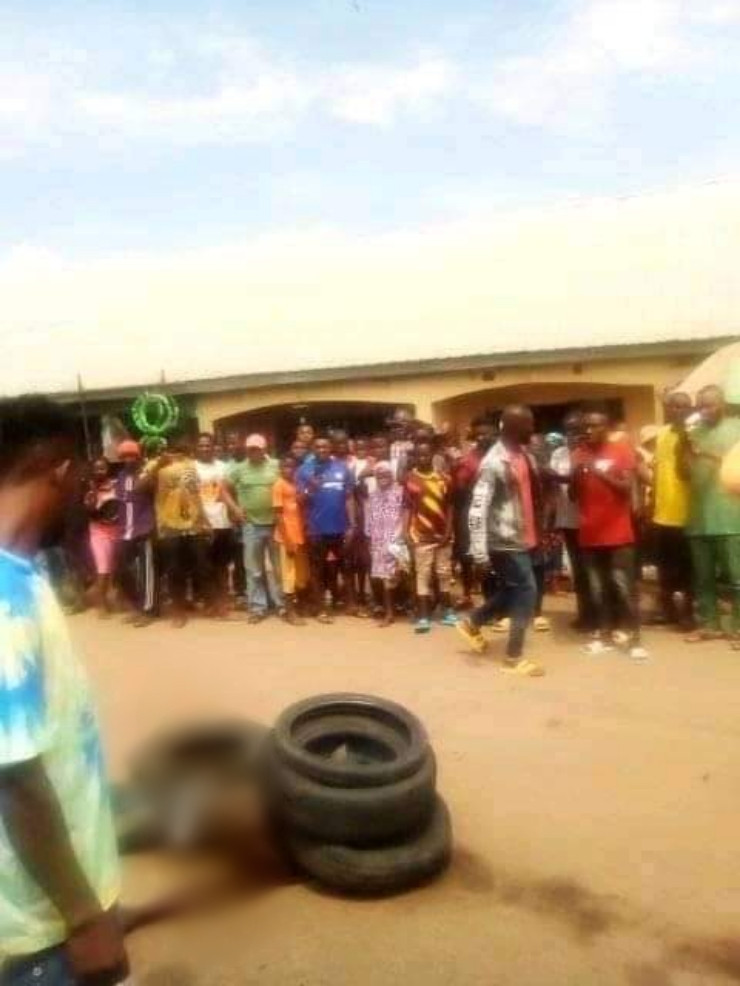 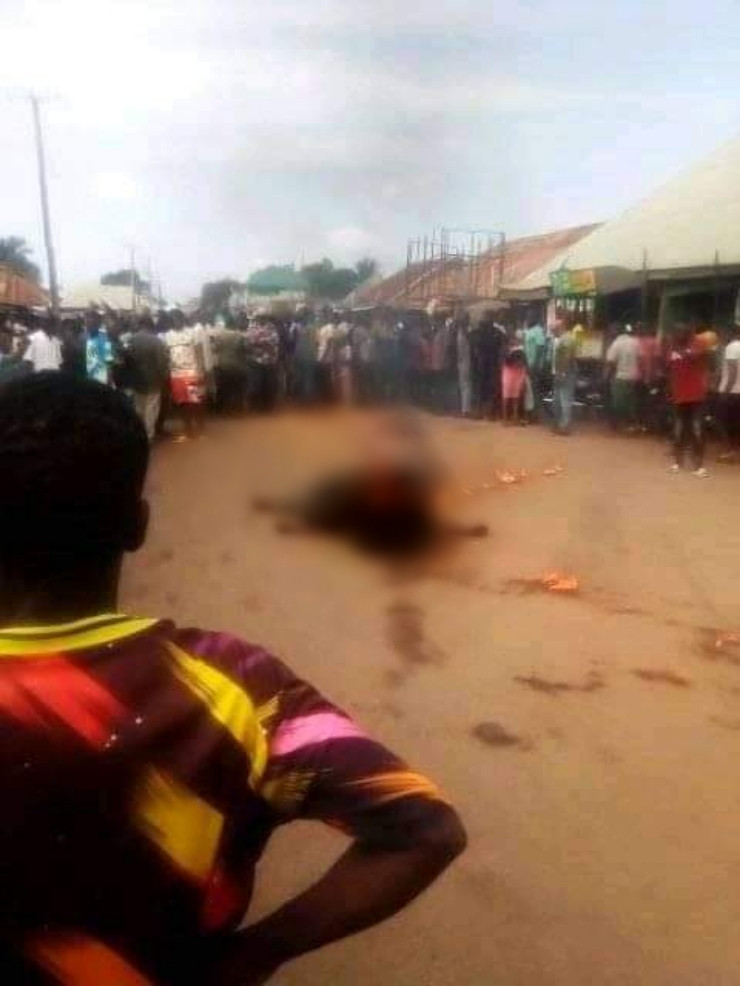 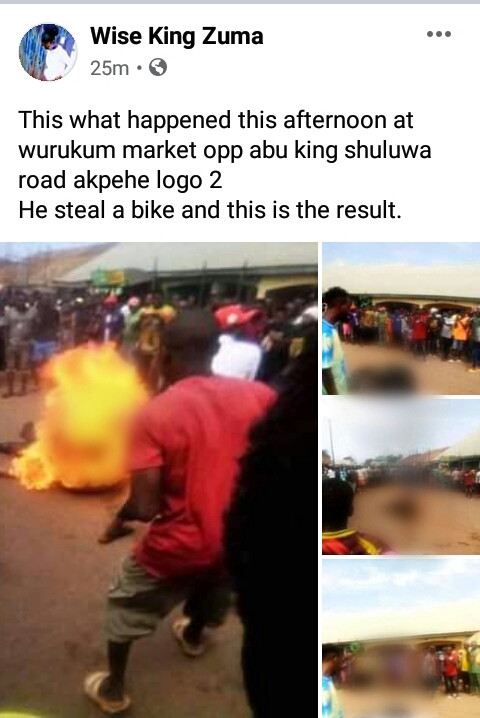 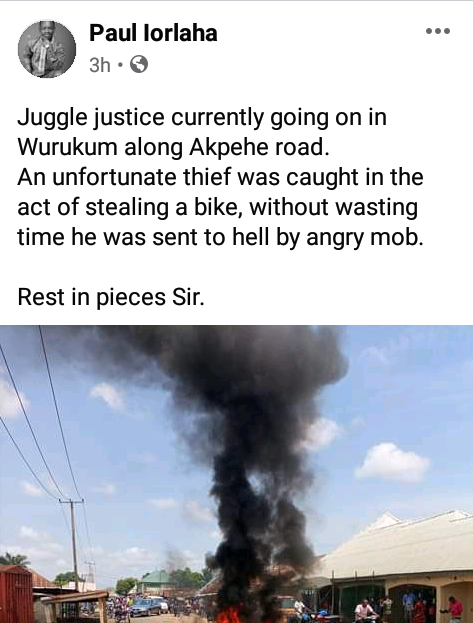 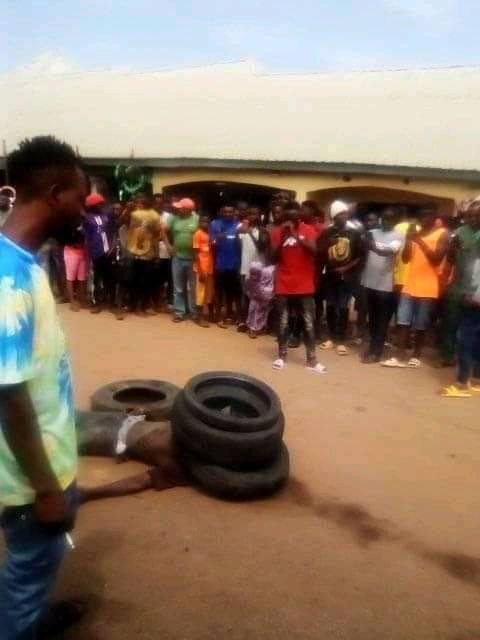