Tchidi chikere the movie director reacts to the rumors of him and his wife on Instagram.

Movie producer, Tchidi Chikere, shared a post on his Instagram page on Sunday May 23, praying for those who have offered him prayers since rumors of the crash of his marriage to actress, Nuella Njubuigbo, surfaced online.

The rumor gained more attention recently when Nuella removed his name and the tag 'wife' from her Instagram bio. 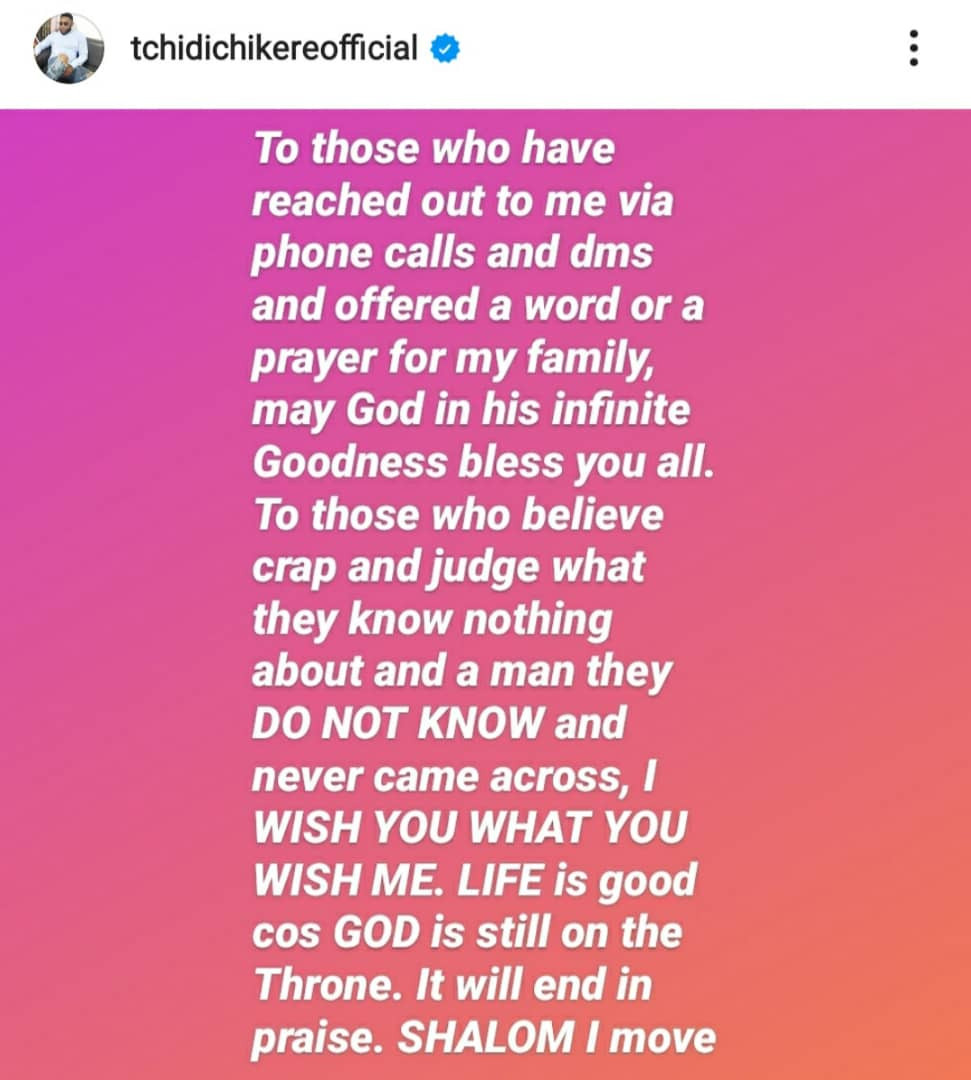