Only son drowns in swimming pool.

A 23-year-old man, Chinecherem Nwankwo has drowned in the swimming pool of a hotel in Anambra state.

The deceased, said to be the only son of his parents and student or staff of Nnamdi Azikiwe University Awka, drowned at Trig Point Hotels in Nibo, Awka South Local Government Area of the state on Sunday, December 20. 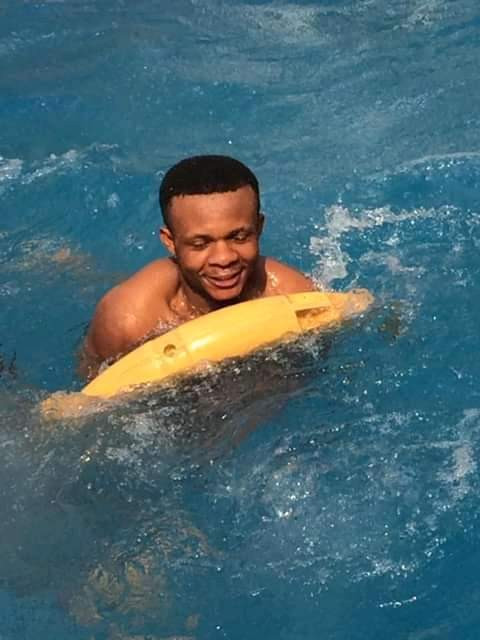 However, friends and family suspect foul play as the deceased fondly called Chyboy was said to be a great swimmer and diver.

His cousin Cronel Onyedikachukwu Nkemakonam, who confirmed the incident on Facebook, said there was no trace of water or bruises on the body when he saw it.

“I still don’t know how to join in spreading this kind of news! My cousin Chinecherem Nwankwo passed on at Trig Point Hotel, Nibo swimming pool? How ? An only son? Just like that? At 23? Which kind talk be this? what is happening! Chy boy is pro diver as far as I know! No trace of water! No bruise! Its well. Rest in peace nnaa.” he wrote. 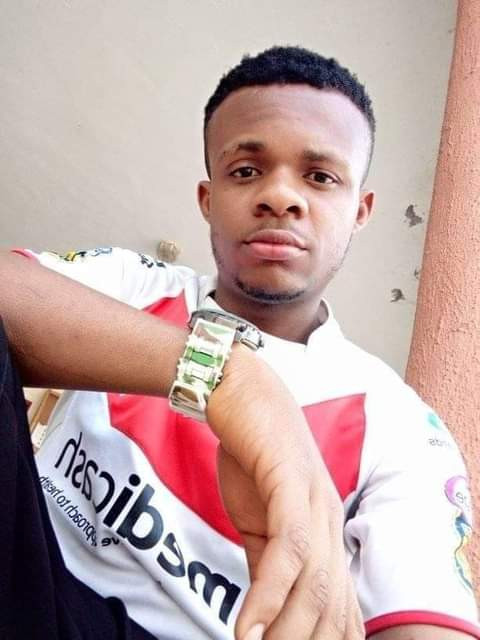 Another friend wrote: "Ahh! Its been long I felt this bad and pain, this dude don't deserve to die, not now and just like that, he was such an awesome dude; respectful, ambitious and friendly, as I know him, if only I afforded one last goodbye! Your death just awakened a lot of questions in my mind concerning life! This life, with painful tears and pains, I  join to say rest in peace nwannem, your soul will find rest in God's peaceful bosom. What a December! What a year! " 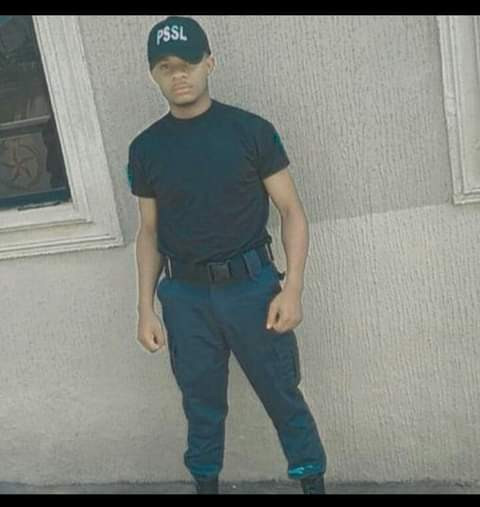 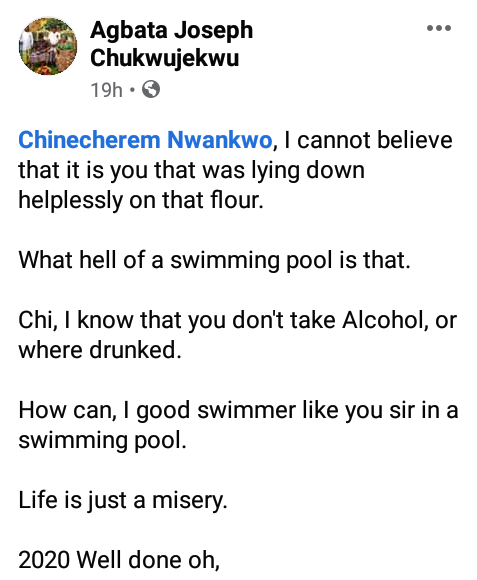 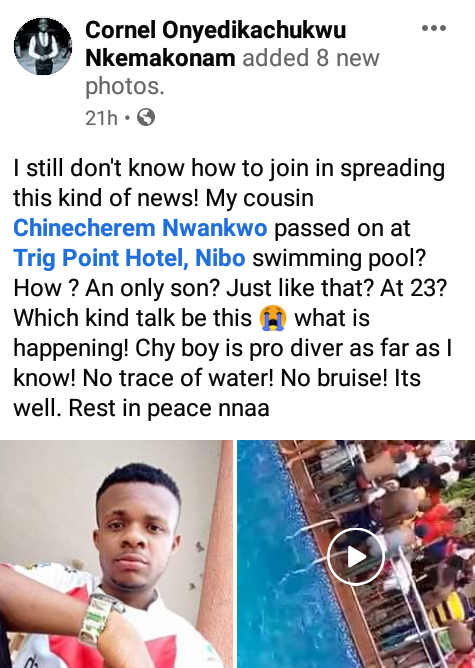 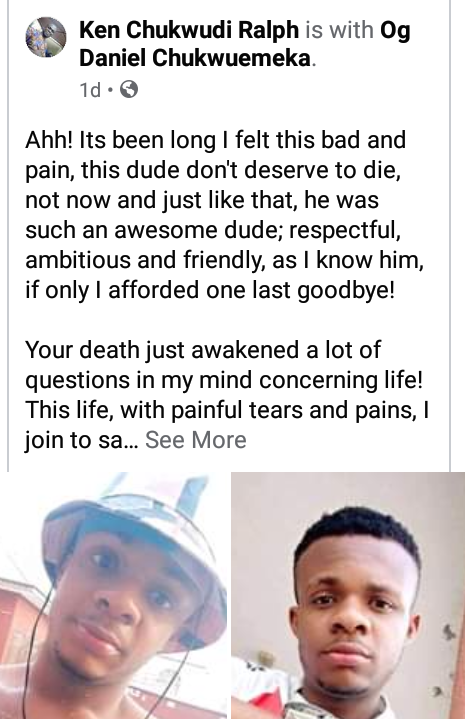 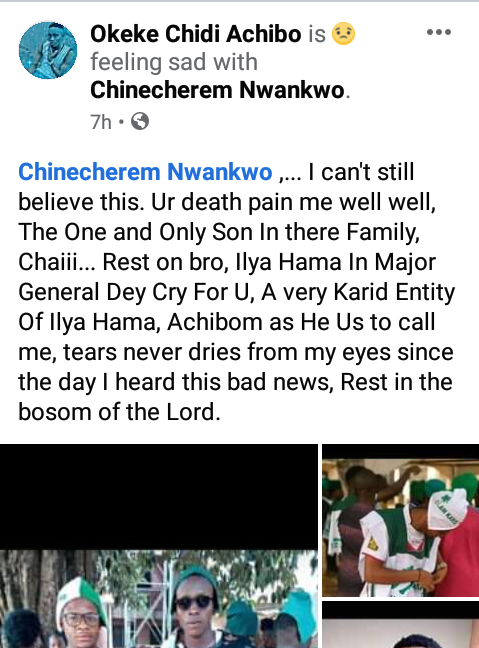 Explosion in Somalia claims the lives of 4 footballers.

2 pedestrians killed , others injured from planks that fell off moving truck in Ibadan.