Duncan Mighty has replied Nigerians who are criticizing him for bringing his marital crisis to social media.

On Friday, December 4, the singer in several posts, accused his wife, Vivien, and her family members of plotting to inflict him with an ailment and thereafter take possession of his properties. He alleged that Vivien confessed this to him and that he has video recordings of her confessing to him. The singer also alleged that their daughter, Mitchell, isn't his.

Some Nigerians felt his post was unnecessary. They opined that he should have addressed his marital crisis in private and not publicly.

Well, he took to his Instagram page to tackle his critics and also lay curses on them. See his posts below 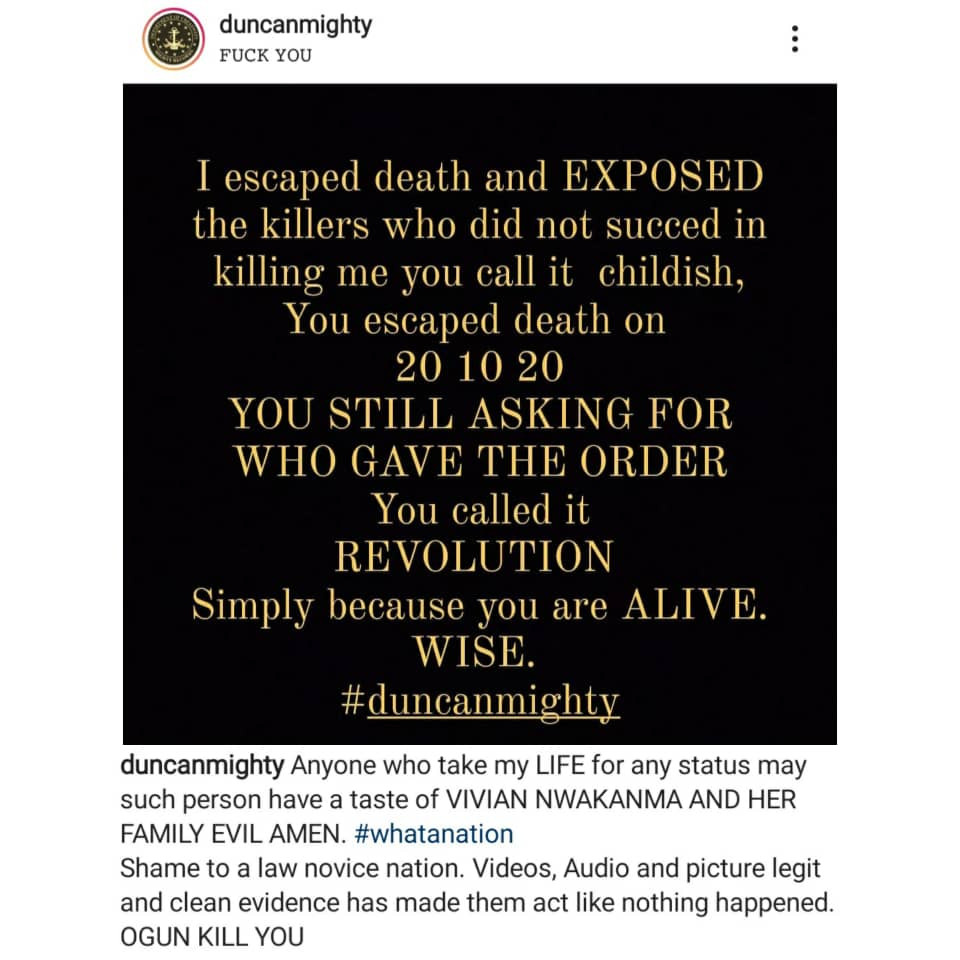 55 Internet fraudsters arrested by EFCC in Enugu and Ebonyi state

Notorious bandit in sokoto arrested where he was to buy sex enhancement drugs.