A truck fully loaded with salt was on Tuesday set ablaze by an angry mob in Onitsha after it killed a cart pusher.

The incident happened around 9: 55 am on Tuesday, November 10, at Upper Iweka, along the Onitsha-Owerri Road.

It was gathered that the truck driver fled the scene after the accident. 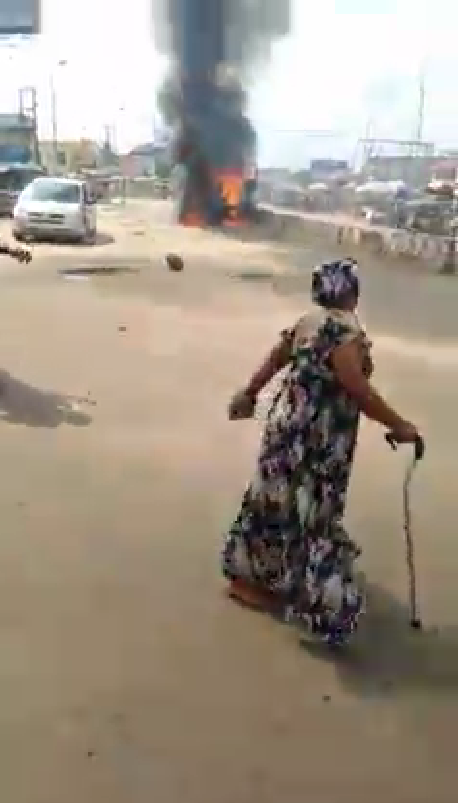 The Public Education Officer of the Federal Road Safety Corps Sector in the state, Kamal Musa, who confirmed the incident said the wheelbarrow pusher was crushed to death by a truck without a registration number.

“According to eyewitnesses , the truck driver slipped out of his lane due to excessive speeding and crushed a pedestrian, who is well known in the community, hence angry youths revenged by setting the truck ablaze when the driver was nowhere to be found," he said.

"The FRSC rescue team from Upper Iweka outpost was immediately mobilised for rescue operations only to be intercepted by angry youths, who took the corpse of the victim away.” he added. 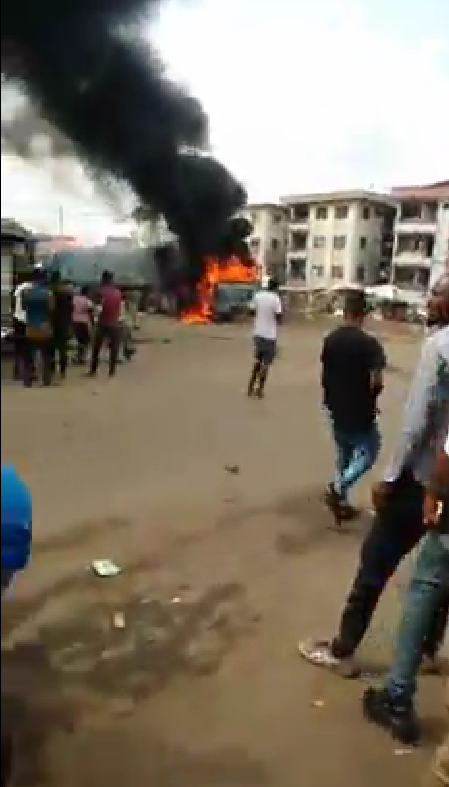 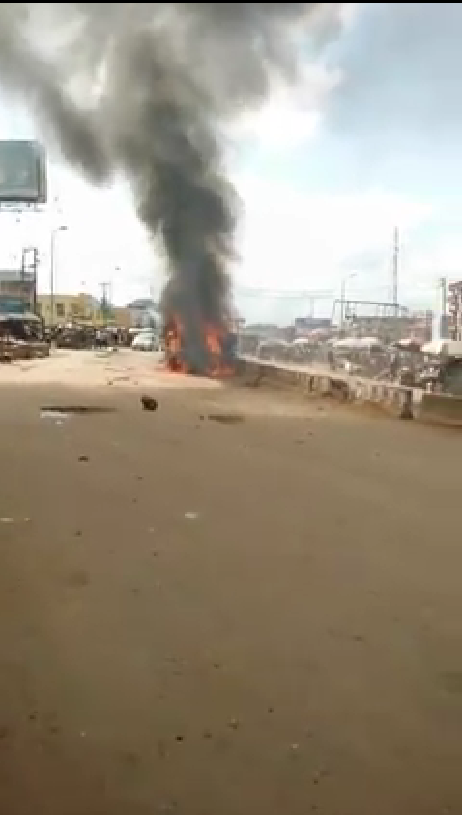 LAUTECH management reacts to viral sex tape of a supposed lecturer of the institution.