Fauci, who has gone at odds with Trump regarding the coronavirus pandemic, spoke during an interview on CBS' "60 Minutes" that aired Sunday night.

He  said, "I was worried that he was going to get sick when I saw him in a completely precarious situation of crowded -- no separation between people, and almost nobody wearing a mask." 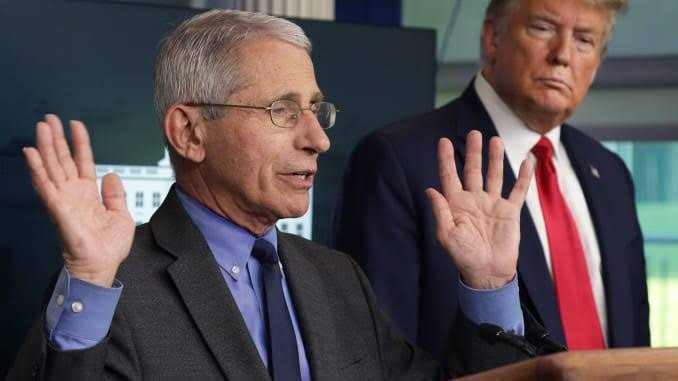 "When I saw that on TV, I said, 'Oh my goodness. Nothing good can come out of that, that's got to be a problem,'" he continued.

"And then sure enough, it turned out to be a superspreader event."

Fauci was referencing the Rose Garden September 26 event where Trump announced Judge Amy Coney Barrett was his pick to replace Justice Ruth Bader Ginsburg on the Supreme Court. At least 12 people have tested positive for Covid-19 since the event .

Trump announced that he and first lady Melania Trump had tested positive for coronavirus just days after the Rose Garden event. He was transferred to Walter Reed National Military Medical Center where he was treated.

Even though the ceremony was held outdoors, footage of the event showed few people wearing masks, while hugging and handshaking each other .

Fauci had previously labeled the event as a "superspreader"

"The data speak for themselves," he said.

Fauci told "60 Minutes" it doesn't make sense to him why Trump "equates wearing a mask with weakness."